Frozen (2013) is the highest-grossing animated movie of all-time, with wonderful characters, chilling tunes and a female empowering story. If you love this modern Disney classic just as much as The List Love, read the following 10 brrr-illiant Frozen facts to melt your heart. 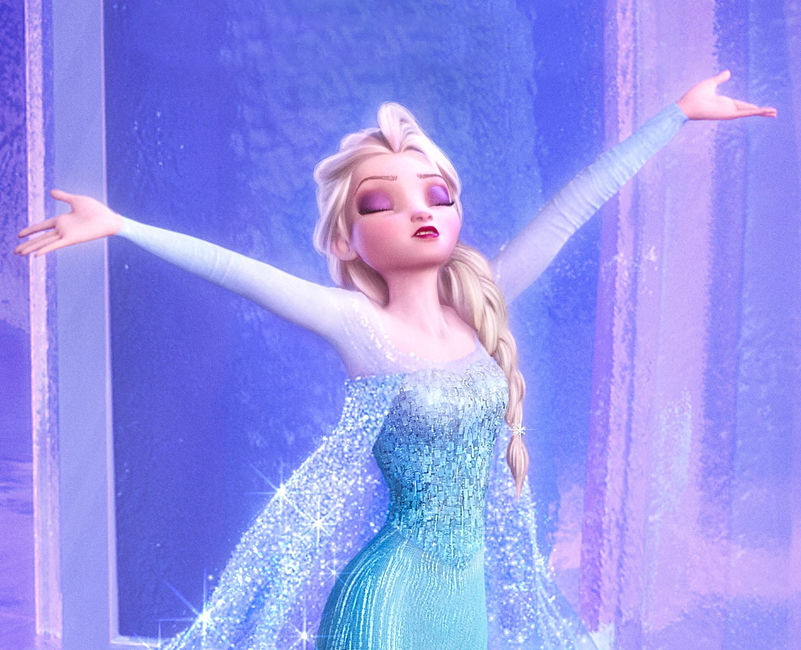 Frozen was inspired by The Snow Queen. Walt Disney wanted to make a movie based on the short since the 1940s. 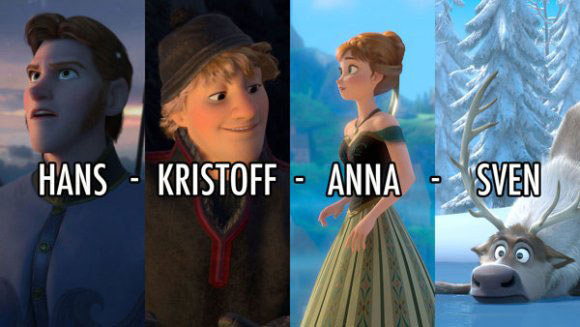 The character names: Hans, Kristoff, Anna and Sven are a tribute to the author of The Snow Queen, Hans Christian Andersen. Say all their names quickly. 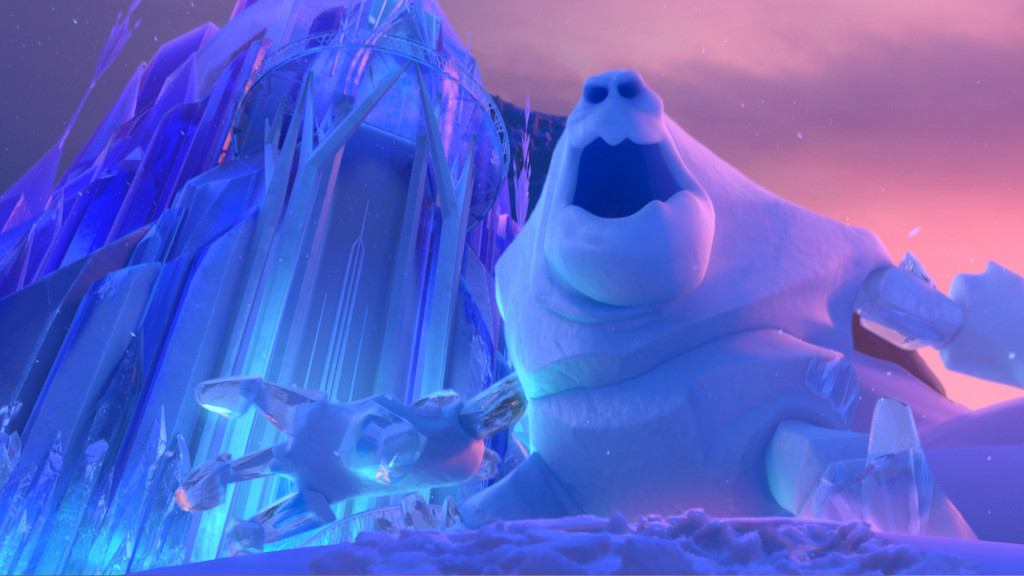 50 animators were responsible for creating the scene where the Ice Palace is built. The production team also visited a hotel made from ice for design inspiration. 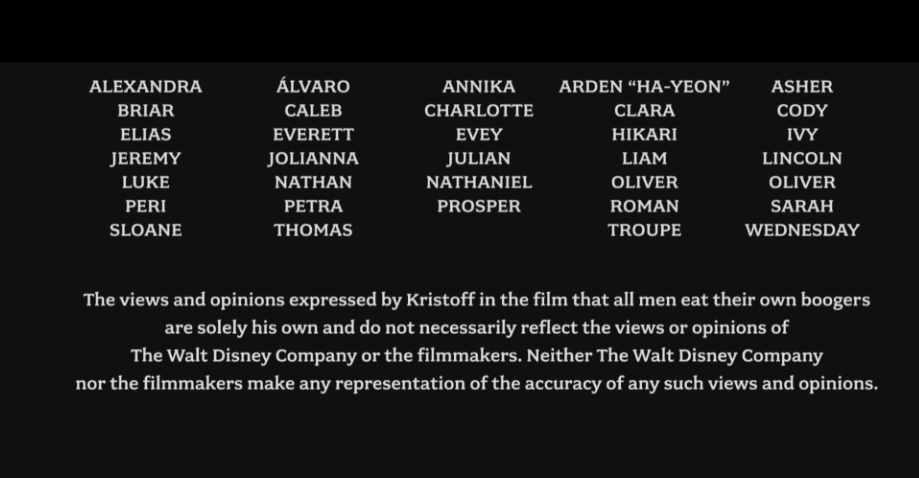 Look out for the note at the end credits that state Disney does not support the consumption of boogers.

You’ll also spot a list of names on the end credits. These are the names of all the crew members’ babies who were born during the production of Frozen. 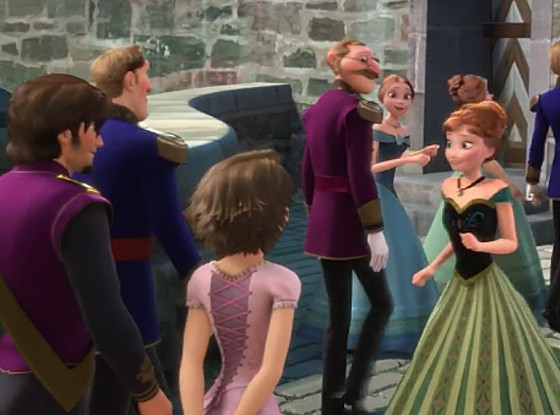 Rapunzel and Flynn from Tangled make a brief cameo in Frozen. You can spot them at Elsa’s coronation. 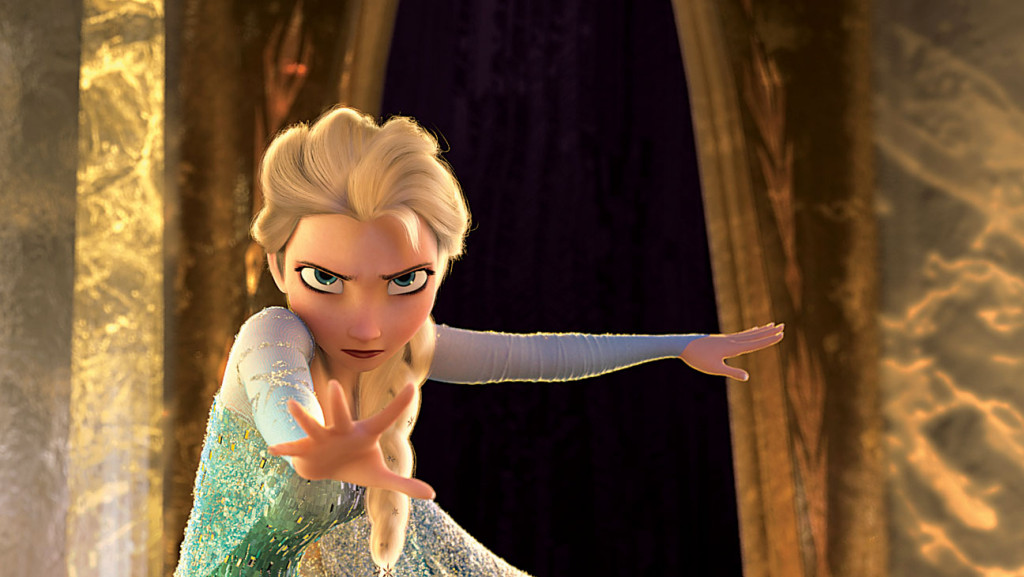 Celebrity hairstylist Danilo was hired by the filmmakers to advise the team on Elsa’s hair.

Olaf references Bert’s penguin dance from Mary Poppins during his performance of “The Summer Song”. 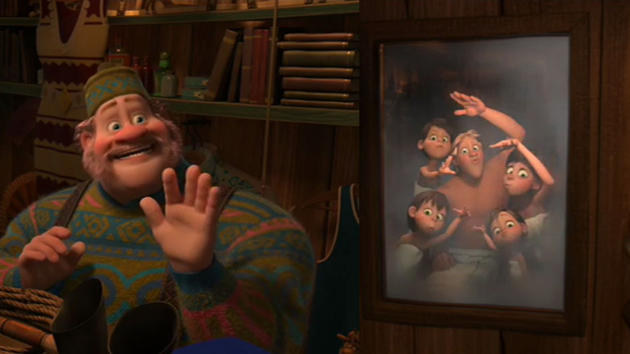 Oaken, the shopkeeper, may have a same-sex partner, as he shows Anna a photo of his family, which features a man with four children. Disney has not confirmed Oaken’s sexual orientation, but did hint they knew exactly what they were doing with the snap. 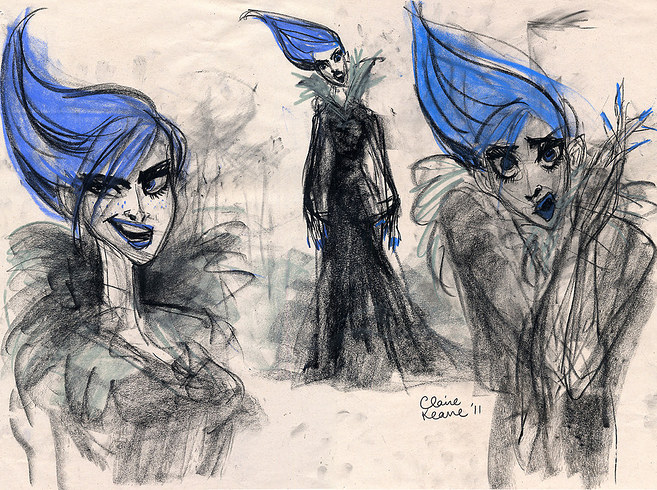 Before Idina Mendzel was casted as Elsa, Megan Mullally, who played Karen from Will and Grace, was hired for the role.

Elsa was initially based on Amy Winehouse, and was also supposed to play the movie’s villain. The above image is the original art concept.

The movie soundtrack “Let It Go” had people from all walks of life singing the song all day long. It may therefore surprise you that this catchy number, which was one of the biggest tracks of 2014, was written in just one day.

Love Disney movies? How could you not? Learn more about your favourite animated films and check out 10 Beauty and the Beast facts by clicking here.