10 Controversial Photos from History You Have to See

History can be subjective. An image can paint a thousand words – and sometimes the story can be shockingly accurate or a contradiction of the actual event. Here are 10 of the most controversial photos from history that you must see. 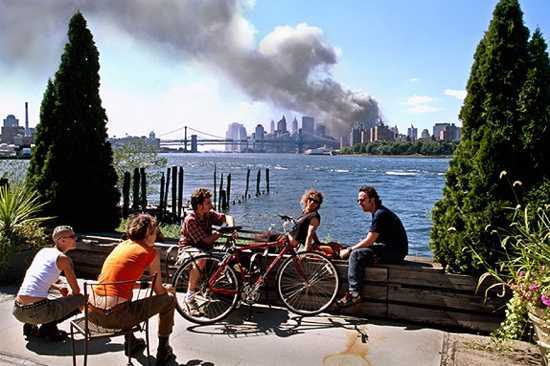 Thomas Hoepker, a German-born photographer, captured this photograph of Americans enjoying a casual conversation whilst the Twin Towers burnt in the background. He did not publish this photo for five years, fearing a backlash from the media about the image’s message. In 2006, the photo finally reached the American press and was heavily criticised nationwide, with the New York Times stating the photograph was an example of how America had failed to learn from the tragic day.

The people in the photograph responded to the image, telling the media they were in “a profound state of shock and disbelief” and claim Hoepker took the shot without their permission and misinterpreted their feelings. 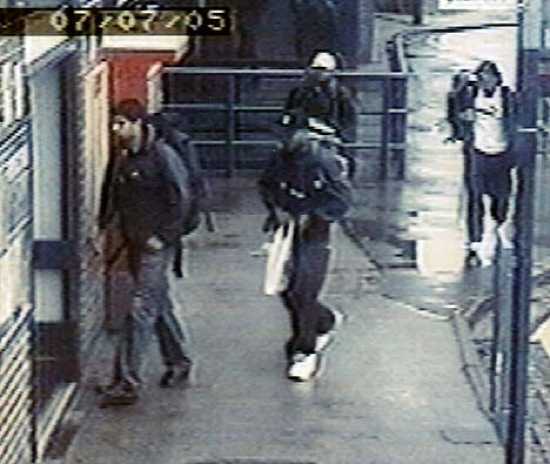 On 7th July 2005, four Islamic terrorists exploded a series of bombs on London Underground trains. 52 lives were unfortunately lost during the attack. The bombers are now known as Mohammad Sidique Khan, Germaine Lindsay, Shehzad Tanweer and Hasib Hussain, and were recorded by CCTV when entering Luton train station.

On 1st September 2005, al-Qaeda officially claimed responsibility for the London bombings, despite the fact an official British government inquiry found that the tape may have been heavily edited after the attack, and also that the suicide bombers may not have had direct assistance from al-Qaeda.

Iranian newspapers blamed the attacks on both the British and American authorities, and stated they had done so to escalate harassment of Muslims in Europe.

The above photograph was also heavily criticised due to a number of inconsistencies. For example, the railing over the man’s arm appears to have moved and do not line up at the crossbars. The person on the right also has no visible face and has a rather skinny left leg. Three of the terrorists’ faces are also unidentifiable. This is the only photo of all four of the bombers together and, weirdly, no other CCTV footage or stills have been released.

What’s even more interesting is that the above photo was taken just four seconds before 7.22am, which would only have given the bombers three minutes to walk up the stairs at Luton, buy tickets and head to the platform. 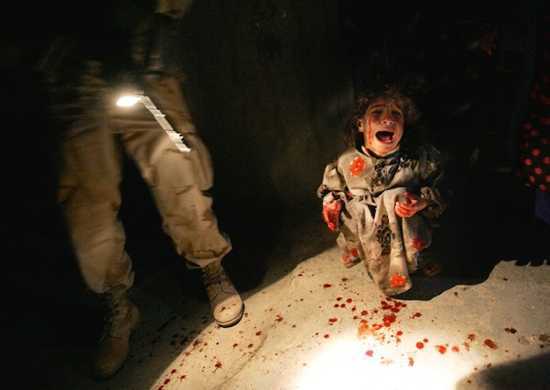 The above image was take on 18th January 2005 of five-year-old Samar Hassan who is covered in her parents’ blood. It was take by the American Pulitzer Prize-nominated photographer Chris Hondros. He was in Tal Afar when he witnessed a car that failed to stop at a US checkpoint.

US soldiers, fearing the driver was a suicide bomber, opened fire on the car, tragically killing Samar’s mother and father, as well as injuring one of their five children. Hondros took the shot, which was published internationally, with the press heavily criticising the US military’s role in the unfortunate event. 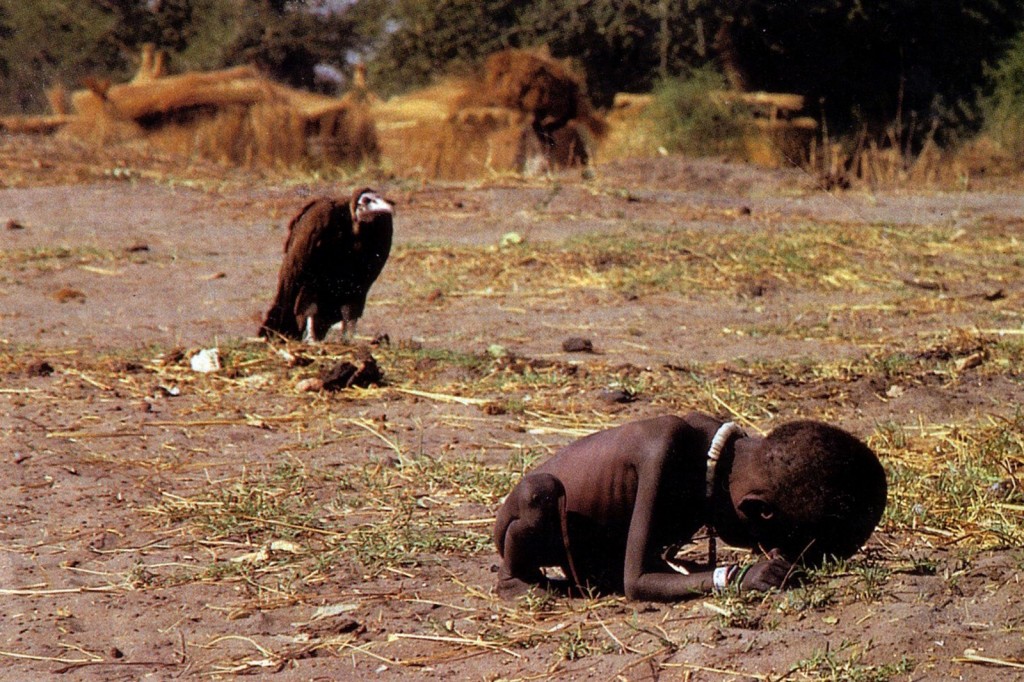 Kevin Carter is the photographer behind the Pulitzer Prize winning photo of the harsh reality of Sudan’s famine, which was taken in 1993. Despite taking one of the most shocking representations of famine, Carter was criticised for failing to protect the toddler from the vulture, or preventing her from crawling towards some food. Kevin Carter was called “another predator” by the world’s press and later committed suicide, making reference to the heartbreaking image in his suicide note. 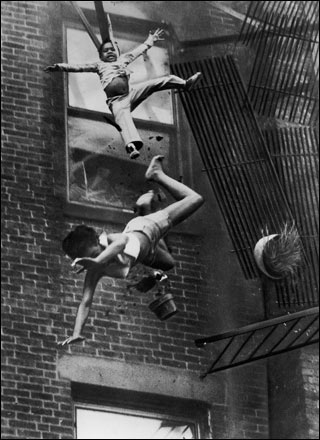 Here two girls are falling to the ground after a fire escape collapsed beneath their feet in 1975. The 19 year old in the photo sadly died; however, she helped break the fall of the younger girl. Forman won a Pulitzer Prize for the image, but the public were outraged that the photographer invaded the privacy of the girls in the photograph, and described the newspapers as sensationalist. The image did, however, lead to the United States updating a legislation regarding fire escapes. 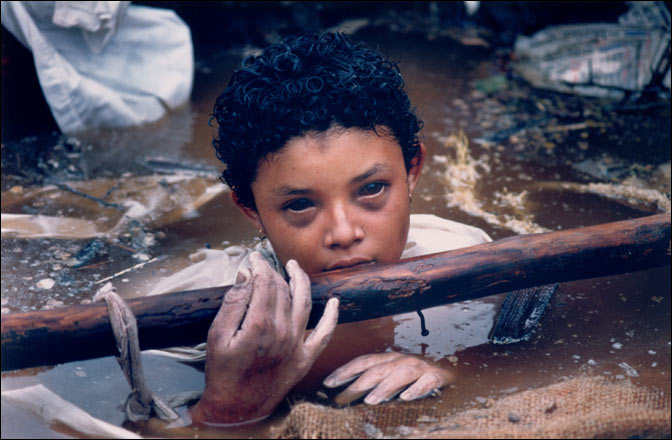 In 1985, Omayra Sanchez, a 13-year-old Columbian, was unfortunately caught in the volcano eruption of Nevado del Ruiz. Frank Fournier captured Sanchez on film shortly before she died. She had been trapped in the ruins of her home for three days, and the Red Cross requests for the Columbian government to come to her aid were in vain. The public were horrified the Columbian government did not attempt to save the young girl, and were disturbed by witnessing the teenager’s final moments. 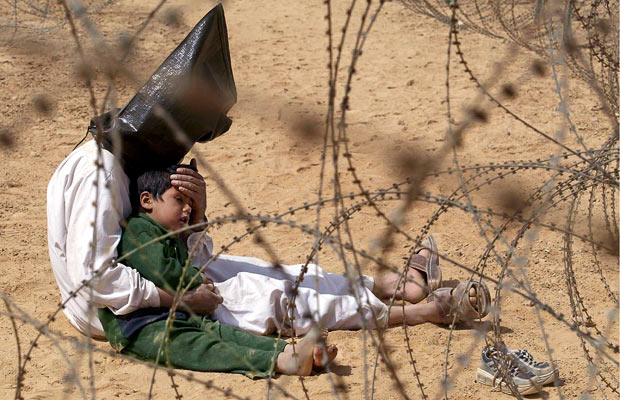 Jean-Marc Bouru captured the shocking image of an Iraqi prisoner and his young son in 2002. The father had been hooded and handcuffed at a US army base camp and held alongside his son. However, the little boy was so terrified by the sight of his father that the man’s hands were freed so he could comfort his little boy. 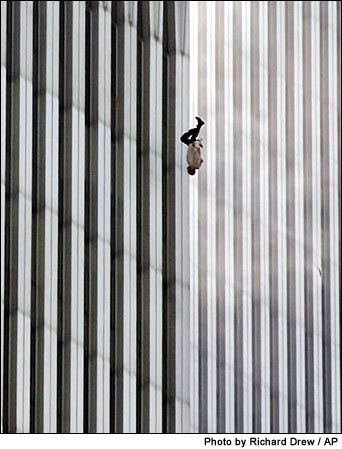 Richard Drew captured the moment men and women chose to jump to their deaths over burning in the fire at the Twin Towers. The most famous image is of The Falling Man, which depicts a moment of calm whilst the man falls from the tower. Many opposed the publication of the image, stating it was too disturbing for the public. 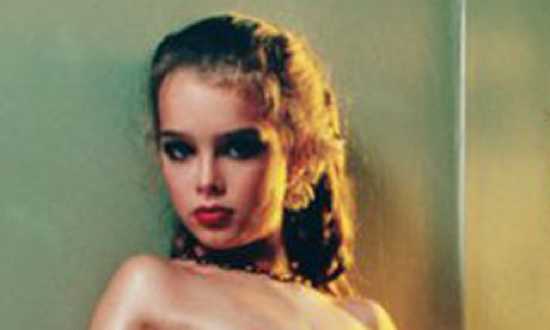 The full image has been cropped and will not be included in this article. It was taken by Gary Gross, an American fashion photographer, who took a series of photographs that would become one of the most controversial collections in history. The above image is of 10-year-old Brooke Shields, who is now a famous actress, and shows her standing nude, as well as sitting in a bathtub wearing make-up.

Gary Ross was working on the project The Woman in the Child, which aimed to reveal the femininity in prepubescent girls in comparison to adult women. Brooke’s mother consented to the photographs. 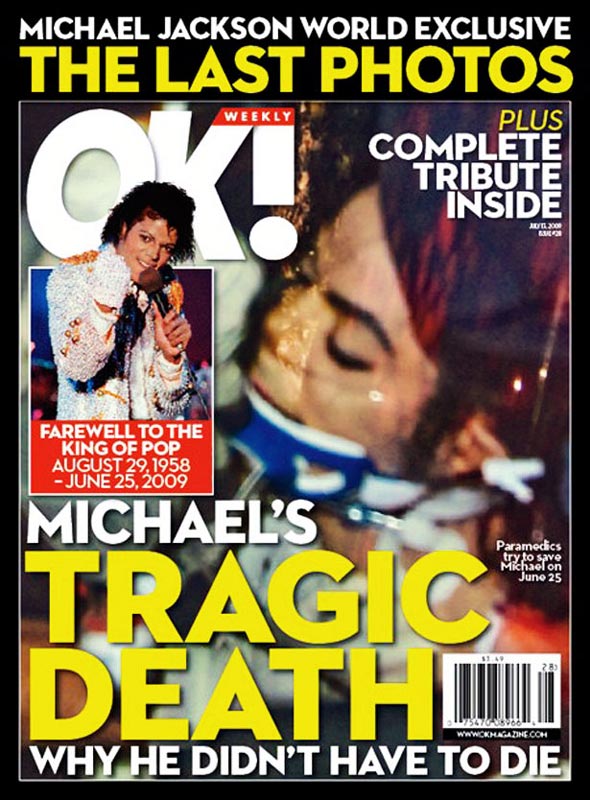