Ever wonder where your favourite foods came from? You’d be surprised to discover the origins behind some of the most popular foods in the world. 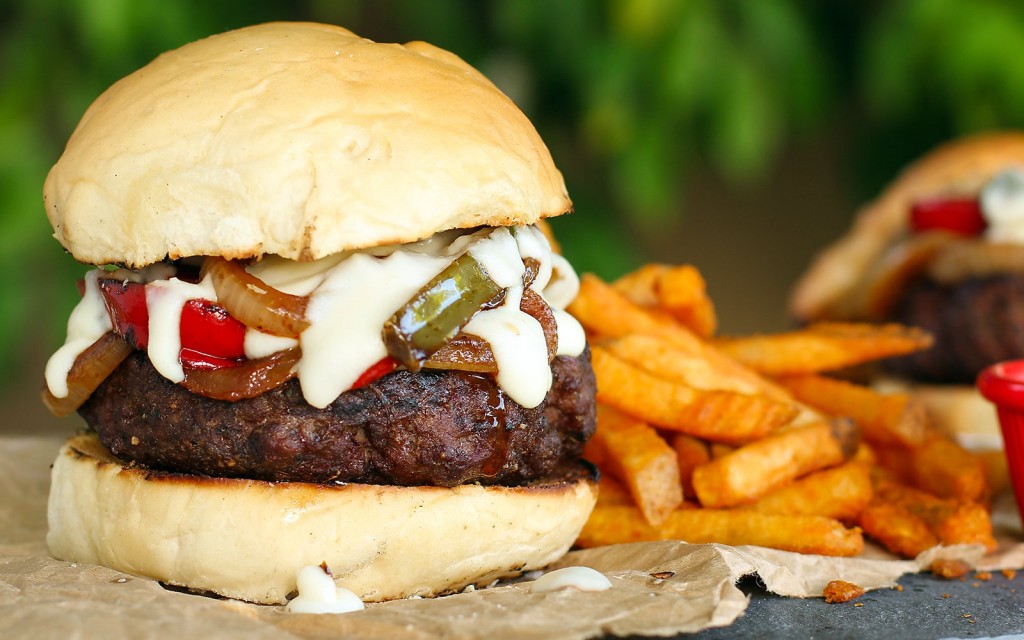 Historians point to Genghis Khan’s army for creating the earliest version of a hamburger in the 1200s. Khan’s Mongol cavalry needed to eat on the move while they rode on horseback. Chopped up, raw lamb meat was perfect because they could eat with one hand while using the other to steer their horse. When Kublai Khan invaded Moscow, he introduced ground meat to the Russians. Over the years, Russian chefs adapted Steak Tartare or Mongolian Steak, but refined it by including other local ingredients and spices. By the 1600s, the Russian version of steak tartare eventually made its way to the port of Hamburg, Germany. The locals adored the Russian meat dish and quickly adopted it as its own. It became known through Germany as Hamburg Steak.

In New York City, at the end of the 1800s, food vendors wanted to attract business from German sailors by offering special Hamburg-style patty steaks. At some point vendors started serving smaller versions between pieces of bread. Thus, the modern-day hamburger was born. 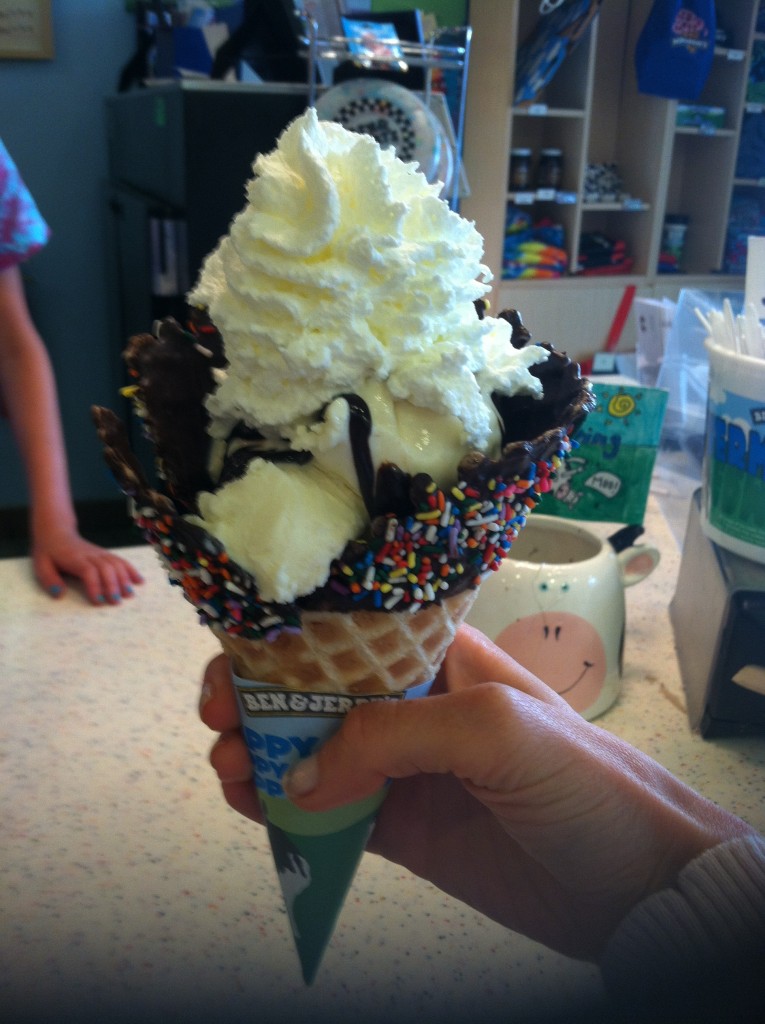 The first time ice cream was served in a waffle-like cone was in 1904 at the World’s Fair in St. Louis, Missouri, USA. Ernest Hamwi was a pastry vendor situated next to the ice cream booth. The booth ran out of ice cream dishes because customers were not returning them fast enough. Hamwi offered up his waffles as a means to hold the ice cream. Patrons raved about the odd combination of ice cream inside rolled-up waffles. Since then, his waffle cones were baked wafer-thin and ice cream was scooped inside and topped. At Ben and Jerry ice cream parlors, they make their own waffles on premises. 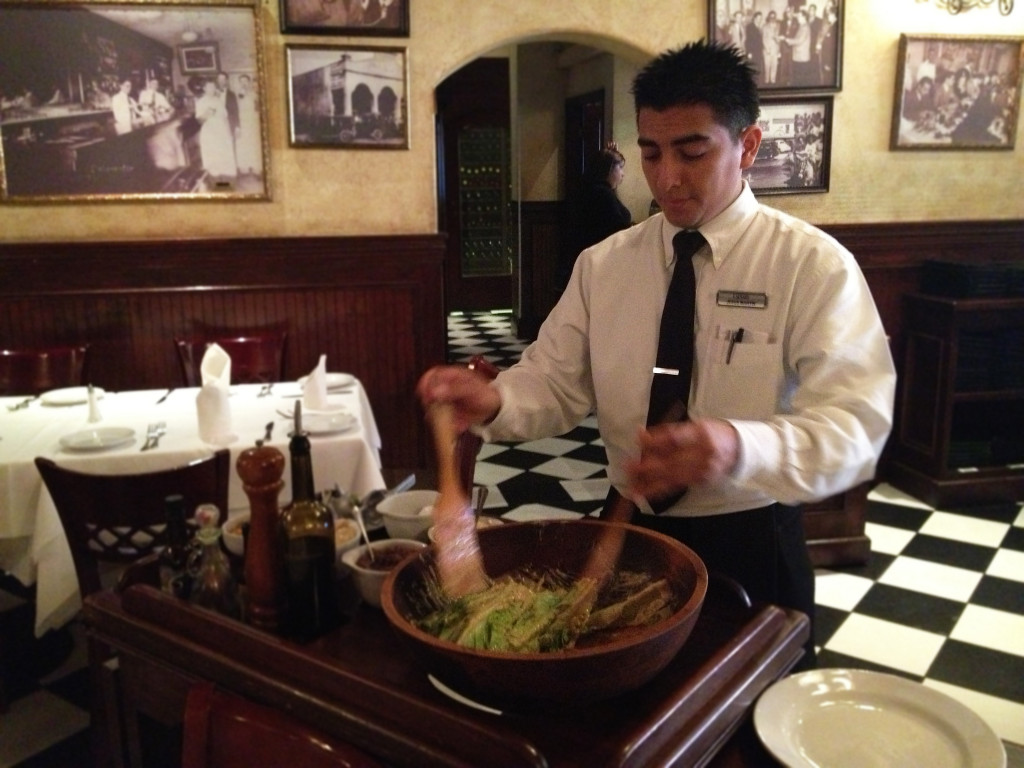 Don’t believe the rumors on this one. Caesar Salad was not named after the Roman Emperor, although its creator was Italian. Restaurateur Cesare Cardini opened a restaurant in Tijuana, Mexico, just over the California/Mexico border. As legend goes, a group of famous Hollywood industry types came into his restaurant rather late. He did not have food, but whipped up a dish with leftover ingredients. The new dish became an instant hit and to add some Hollywood panache, he had the dish prepared tableside. Contrary to popular belief, Cardini did not use anchovies in his salad dressing. His original recipe called for Worcestershire sauce. 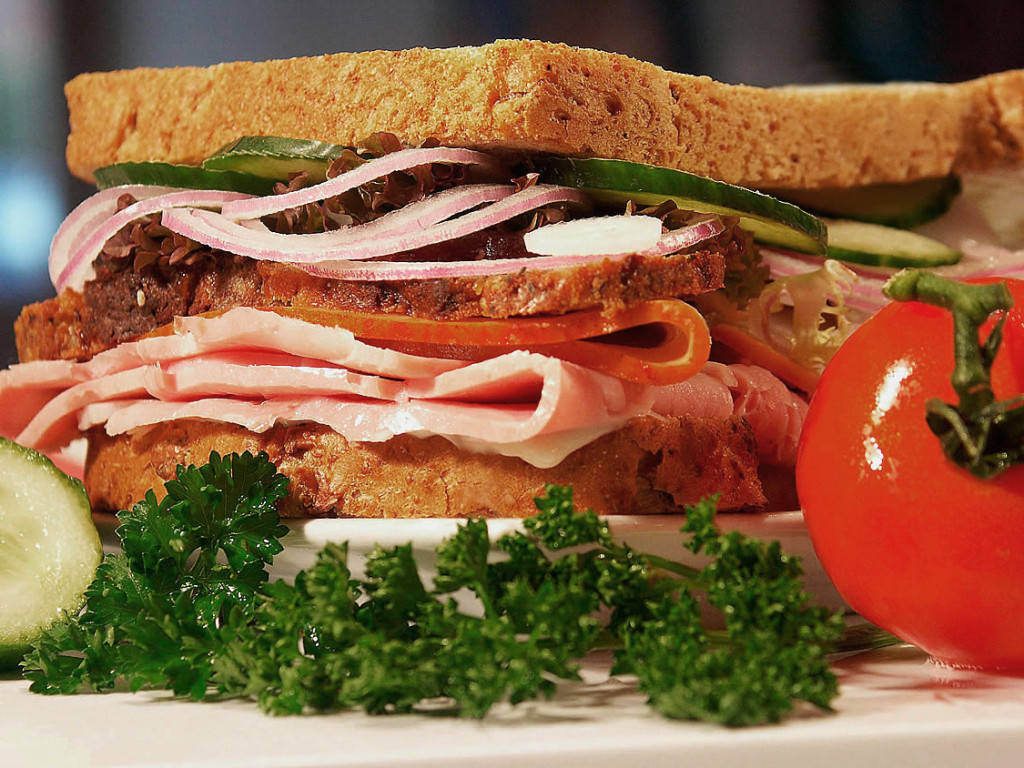 The birth of the sandwich was credited to Lord John Montagu also known as the Fourth Earl of Sandwich. Montagu had a reputation as a notorious gambler throughout the British Isles. In the late 1700s, the sandwich was born because Montagu was too busy gambling to actually step away from the table to eat. He could not be bothered with silverware and ate the roast beef with his bare hands, which got the playing cards dirty. To cure the messiness and stop drawing the ire of the casino manager, Montagu started using two pieces of bread to hold the meat while he played cards. The Earl of Sandwich’s gambling snack consisting of bread + meat + bread eventually became an international sensation, earning him a place in historical casino pop culture and in American fast-casual food with the popular chain Earl of Sandwich, opening new locations regularly.

A bar in Buffalo, New York, a town near the USA/Canadian border, was the birthplace of Buffalo Chicken Wings. The Anchor Bar was owned by the Bellissimo family. Sometime in the late 1960s, Teressa Bellissimo cooked a late-night snack for her son who was visiting home from university. The kitchen was closed, but Teressa whipped up a dish of deep-fried chicken wings smothered in a spicy-hot cayenne sauce. Her family loved it and soon enough, Teressa Bellissimo’s spicy chicken wings were in high demand by regulars to help warm up pub patrons on long, cold winter nights. 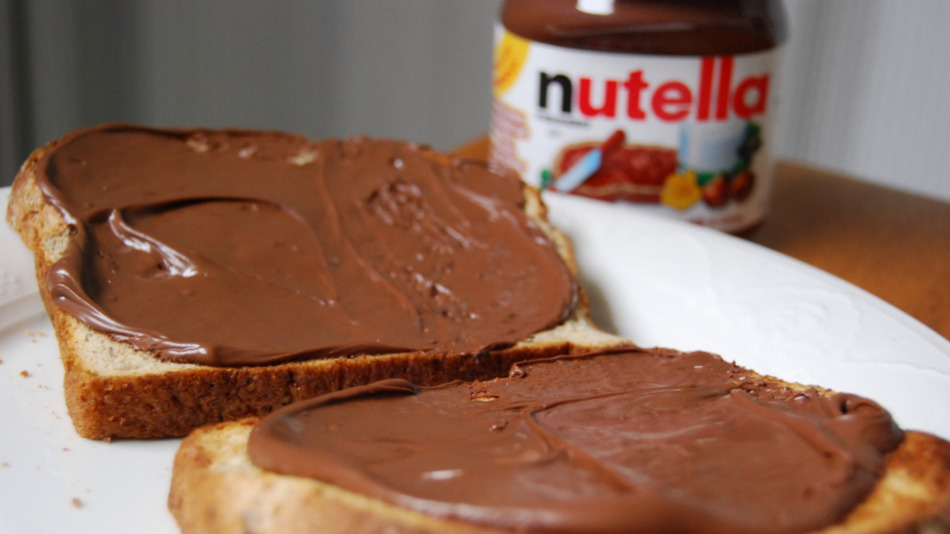 Necessity is the mother of invention. Nutella was created in Italy during World War II. Due to rationing of certain goods, including cocoa, chocolate was in extremely short supply in Italy and most of Europe. A pastry maker by the name of Pietro Ferrero took advantage of his town’s abundance of hazelnuts, which he included in a chocolate spread to make it last longer. After World War II, Nutella became a delicacy all over Europe. Nutella has since become one of the highest-selling spreads in the world. According to Forbes, with a net worth of $23.4 billion generated by surging Nutella sales, Pietro Ferrero’s son was the wealthiest person in all of Italy when he passed away in 2015. 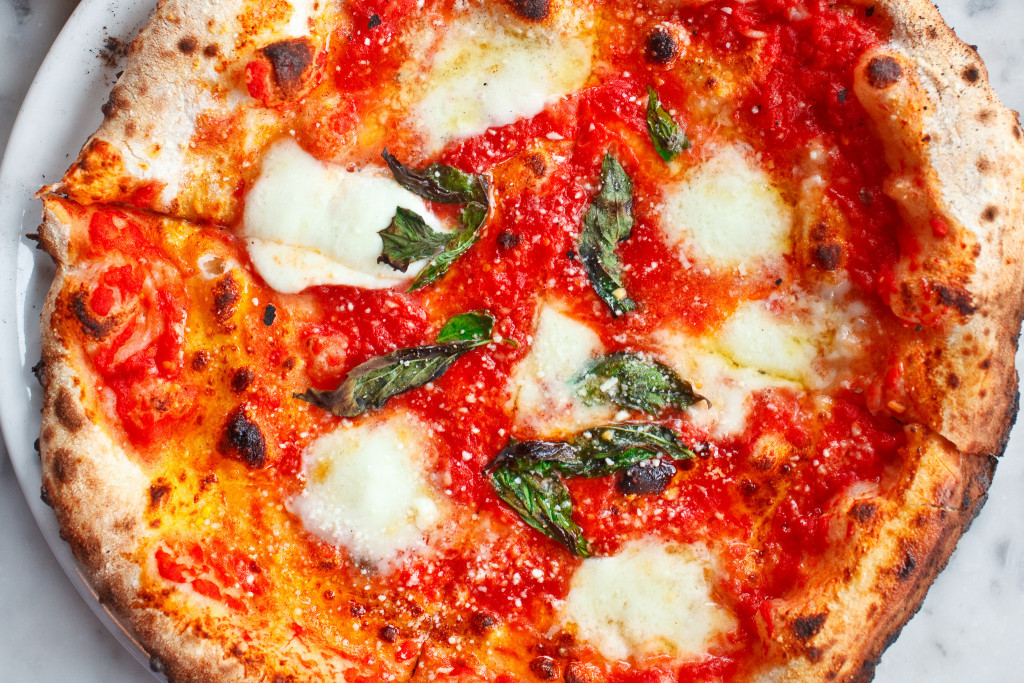 Greeks and Romans were known to include different ingredients on the top of their flatbread. The modern pizza dates back 1889 in Naples, Italy. To honor the visit of Queen Margherita di Savoia, a baker named Raffaele Esposito created a special flat bread dish inspired by the newly designed Italian flag colors of red, white, and green. Esposito decorated the top of his flat bread using three ingredients: green basil, white mozzarella, and red tomato. Thus, the Margherita Pizza was born. In 1905, the first modern-day pizzeria was opened in New York City, USA by Gennaro Lombardi. 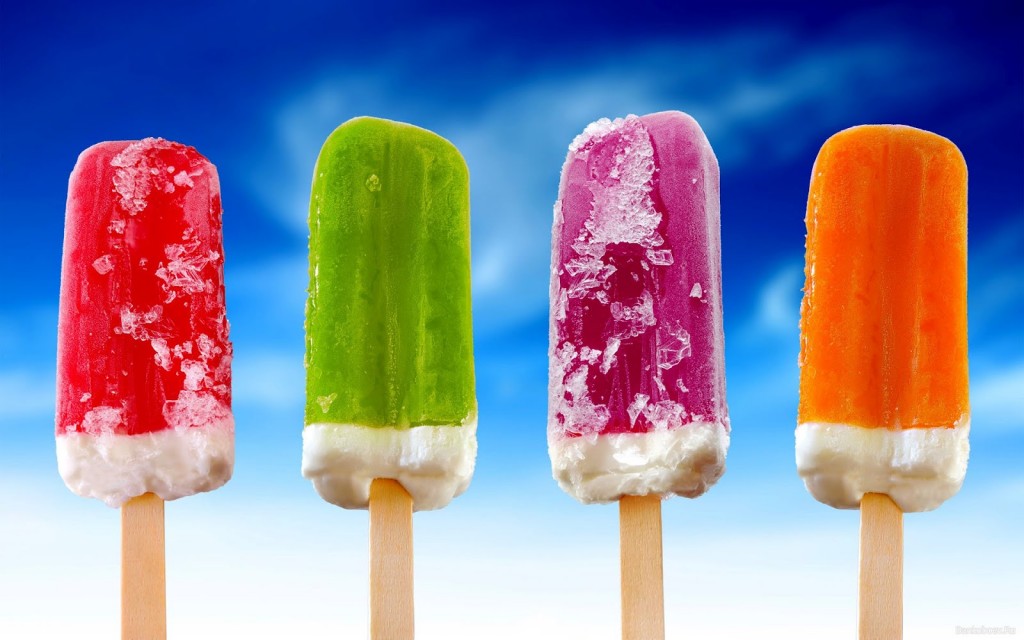 The simplest summer treat was created by an 11-year old kid on a cold winter night in Oakland, California, USA. Yes, the rumors are true. In 1905, a child by the name of Frank Epperson accidentally created the first “popsicle.” He left a concoction of flavored soda, water, and a stick outside overnight. Mother Nature handled the rest. An overnight chill froze the ingredients in a glass and young Frank was treated with a delicious surprise the next morning. Frank made the soda pop frozen treat for his friends. It looked like an icicle and the neighborhood kids nicknamed it “Eppsicle.” As an adult, Epperson officially filed a patent for his invention and the name was eventually changed to Popsicle. 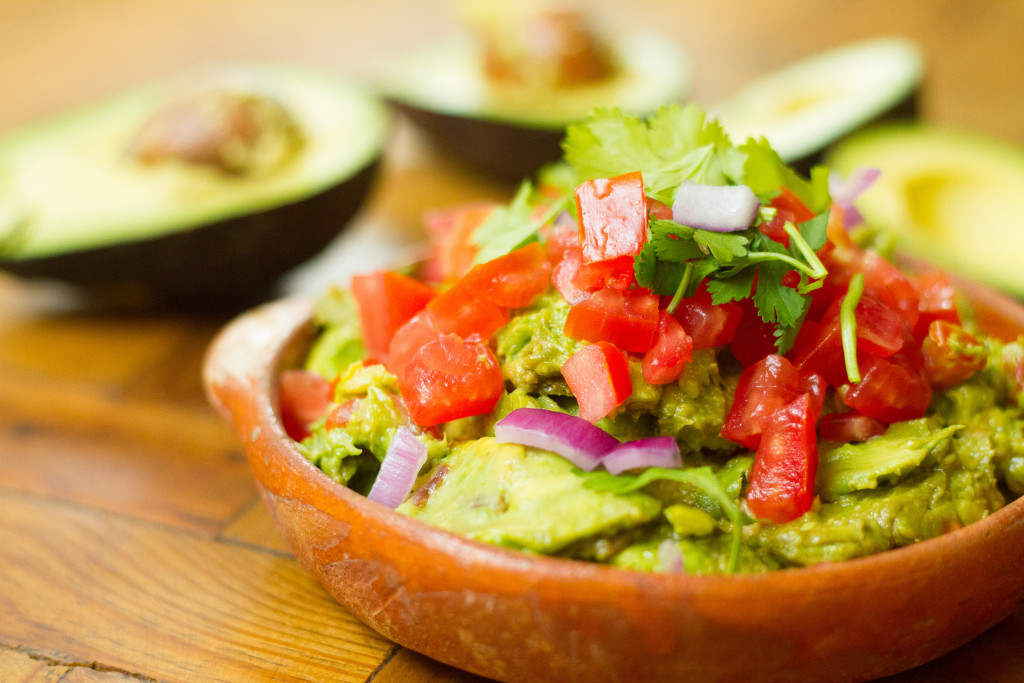 The avocado is one of the most delicious and healthiest foods grown in the Americas. The Aztecs created the delicacy sometime between the 14th and 16th Century. When the Spanish made contact with the Aztecs in the 1500s, they found the locals enjoying a savory sauce mashed up with avocados, salt, chili peppers, onions, and tomatoes. The modern version of Guacamole includes lime and cilantro. 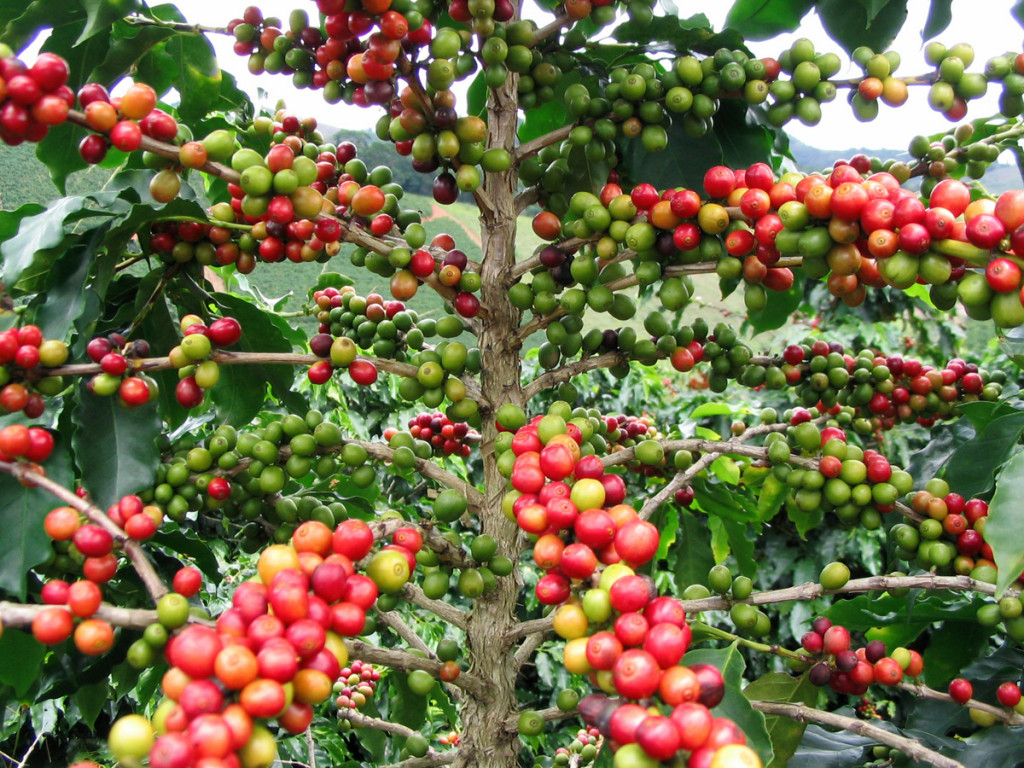 Credit a goat for discovering coffee. As the legend goes, an Ethiopian shepherd named Kaldi found his goats going berserk after eating bright red fruit from a bush. Kaldi tried the berries himself and he was overwhelmed by its euphoric effect. Kaldi told local monks about the fruit, and the monks manipulated the fruit to stay awake for long prayer sessions. The effects were so remarkable that the monks shared the fruit with other monasteries around the world. The coffee trade was born and now there’s a Starbucks on every corner.