Wimbledon is the oldest tennis tournament in the world, and one of the most prestigious championships in the sport. In honour of this historic sporting event, we here at The List Love are offering 10 seriously interesting facts about Wimbledon. 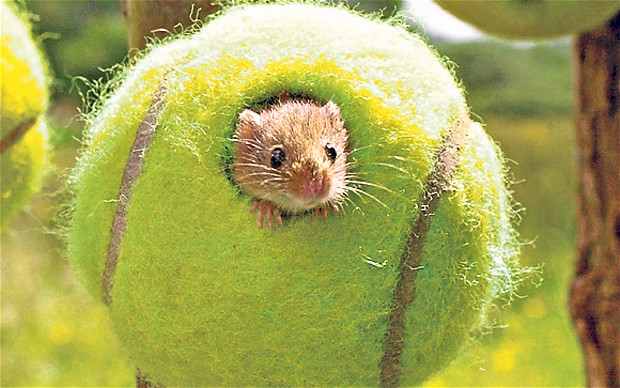 Wimbledon definitely goes through a lot of balls every year. Instead of throwing the used balls straight in the bin, they are sent to Surrey Wildlife Trust to be used as an alternative home for the threatened harvest mouse. The mice are in decline due to a reduction in their habitat, and so they are a threatened species on the Biodiversity Action plan list.

A door is drilled in the ball for the mouse to enter, and so the modified Wimbledon balls offer a ready-made home, providing them with a place to nest during summer. 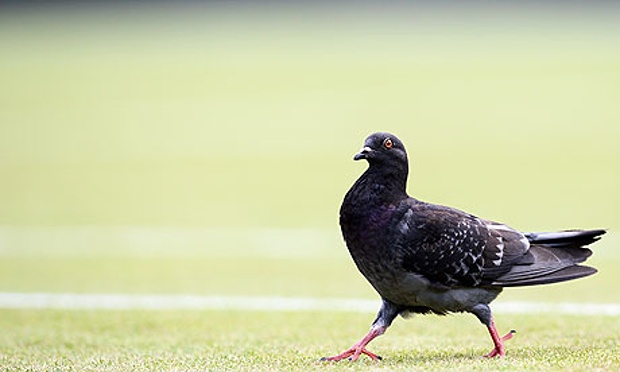 You cannot walk down a UK street without spotting a pigeon, so you’re bound to find them at Wimbledon, right? Nope. According to the bbc.co.uk, marksmen are hired to shoot the birds ahead of the annual Wimbledon tournament.

PETA reported the culling to the police, claiming Wimbledon have infringed on the Animal Welfare Act 2006; however, the Metropolitan Police took no further action as section one of the Wildlife and Countryside Act 1981 exempts an organisation or individual that complies with general licence regulations. 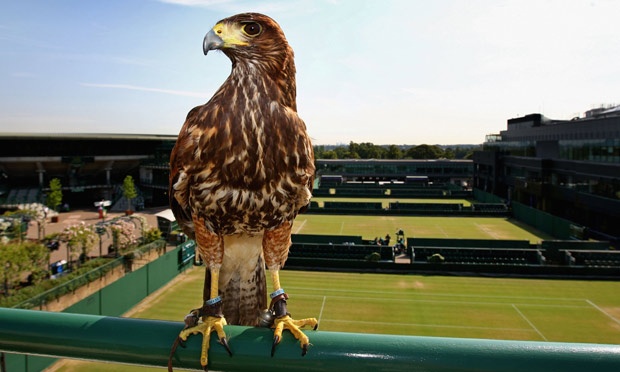 Whilst Wimbledon organisers are keen for pigeons to steer clear from the courts, Hawks are most definitely welcome during the tournament. Rufus the Wimbledon Hawk is a regular at the sporting event, and is used to frighten away pigeons.

Hawks can regularly be spotted at Wimbledon as a form of pigeon control. Whilst hawks won’t hurt pigeons, they will prevent them from building nests in the buildings. 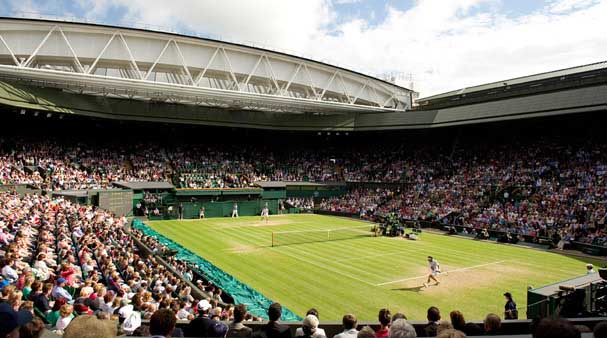 In order to obtain a ticket for Wimbledon, you have to send in a stamped, self-addressed envelope. 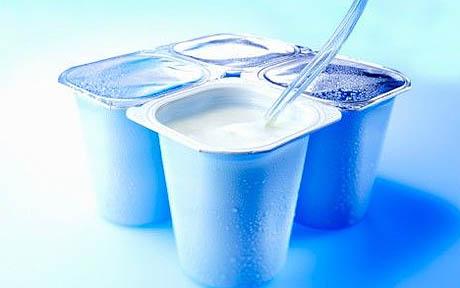 Who knew eating a yoghurt during Wimbledon could get you into trouble. Back in 2006, a woman attending the championship had a yoghurt tub confiscated from her because it was a competitor of the official Wimbledon yoghurt sponsor. 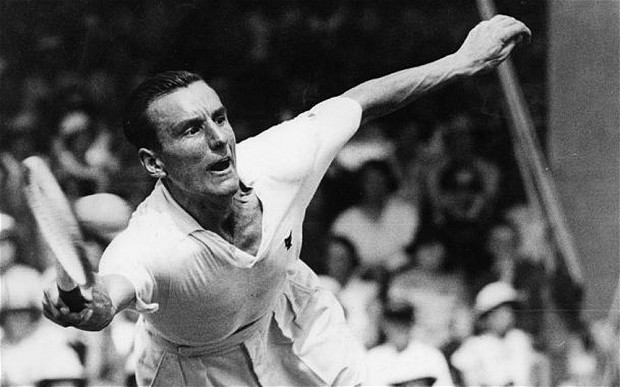 Iconic British tennis player Fred Perry is the only Wimbledon men’s champion to have also won a Table Tennis Championship. 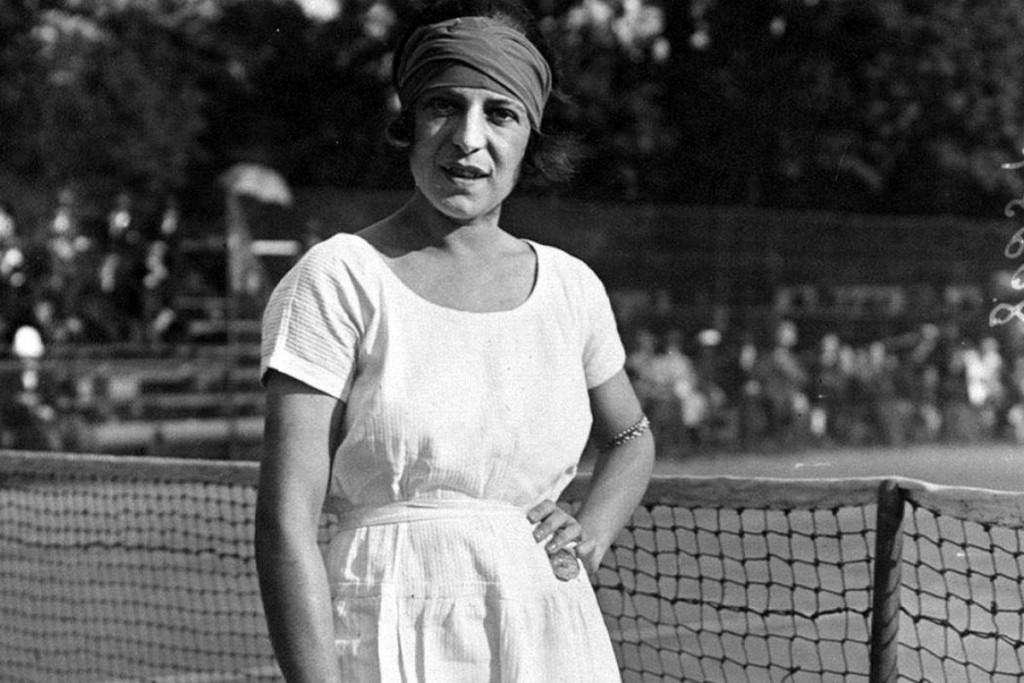 Suzanne Lenglen was a six-time Wimbledon singles champion. The French tennis player won 31 championship titles between the years 1914 to 1926, so yeah, she was pretty good. She was therefore the world’s first female tennis celebrity – and one of the first international female sports stars. She was so good the French Press named her La Divine, which translates to English as “the divine one”.

While us Brits were impressed with her 241 titles, 341-7 match record and 181 match-winning streak, we were less than impressed with her penchant for brandy between sets. She also garnered a fair amount of press attention when she wore a dress that revealed her forearms and was cut just above her calf. Scandalous! 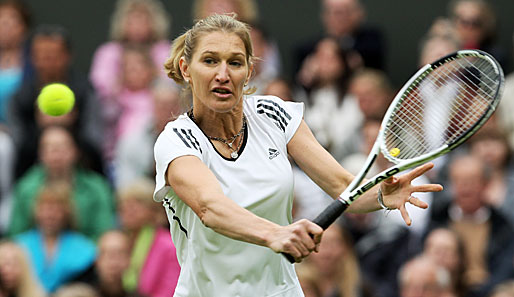 From one bad-ass female tennis player to another! We’re talking about Steffi Graf – who is the only tennis player in the world – male or female – to win all four Grand Slams in one calendar year. In 1988, Steffi Graf won Wimbledon in the doubles and Olympic Gold in the singles. 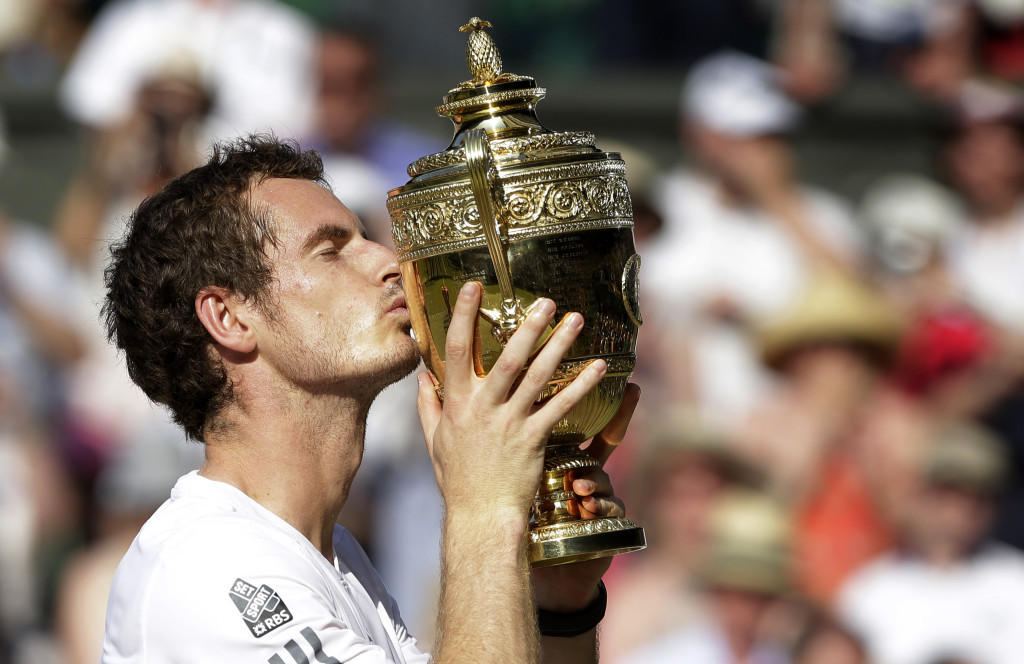 It is a legal requirement that the Wimbledon Tennis Championship finals are shown in full in the UK. It is no surprise that the sporting event and the BBC have the longest broadcasting partnership in history of 90 years, with the first broadcast airing in 1937. The match coverage is now split between the BBC’s two main terrestrial channels: BBC One and BBC Two. The commercial-free BBC holds the rights for the event until 2017. 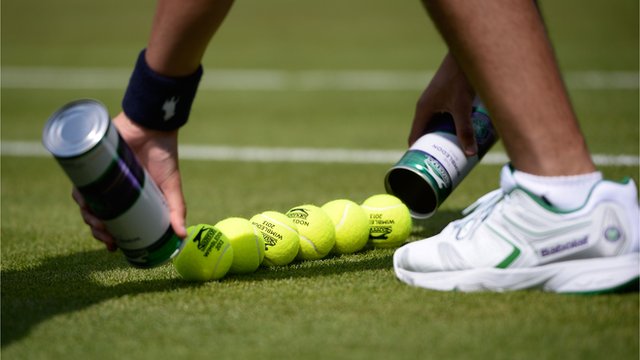 The Championships, Wimbledon goes through a lot of balls during the two-week event. How many exactly? Probably a couple of thousand, right? Yes, and then some. More than 42,000 tennis balls are used during the tournament. That’s a lot of harvest mice houses!