The Sopranos is one of HBO’s finest productions, and is without doubt one of the most remarkable gangster shows to ever grace our screens. Not only does it feature the late great James Gandolfini, but it opened so many doors for future HBO TV shows, who regularly broadcast ground-breaking programmes that capture our imaginations and hearts. The List Love is therefore offering 10 Sopranos facts we can’t believe you haven’t read.

1. The Sopranos the Movie? 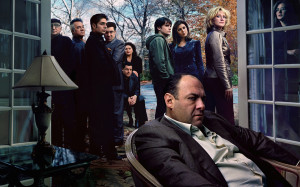 No, no, we don’t mean there is a secret Sopranos movie out there – sadly. We’re talking about how creator David Chase originally pitched the idea as a movie. However, his manager told him that they believed the idea would make a phenomenal TV series. It looks like he was right! 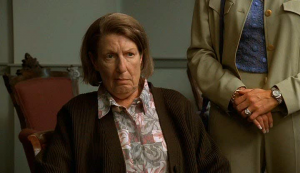 To describe Tony’s relationship with his mother, Livia, as intense would be an understatement. However, the family conflict was supposed to end after season one, as Tony was to suffocate Livia with a pillow as she tries to have him killed. However, the actress that plays his mother, Nancy Marchand, was so sick with cancer that she said to David Chase “just keep me working” – which he did, and she provided more drama and comedy for the next few seasons.

She sadly passed away on her 72nd birthday on 18th June 2000. As a result, her final scenes were recreated from old footage and CGI. 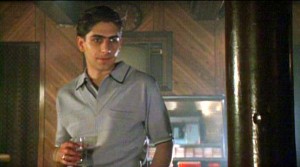 David Chase has openly admitted that The Sopranos is largely inspired from Goodfellas. He really must love the movie, as The Sopranos boasts 28 of its characters, including Michael Imperilio (Christopher) who played Spider, and Lorraine Bracco (Melfi) who played Karen Hill. 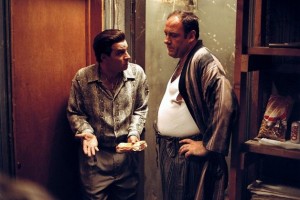 Tony would be lost without his righthand man, Silvio, and it’s weird to think that Steven Van Zandt nearly never played the role. That’s because he originally wanted him to play the role of Tony! However, the producers didn’t want to rely on a first-time actor to take on the lead role. 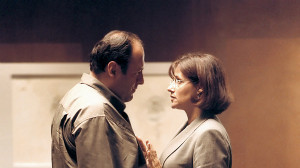 We can’t imagine anyone other than Edie Falco as Carmela Soprano – but it is pretty fair to say that Lorraine Bracco would have owned the role of the boss’s wife. Whilst she was first choice for the part, she requested to play the role of Dr. Melfi as she believed it would offer more of an acting challenge.

Bracco later said about the role: “I was not prepared for how fucking difficult Dr. Melfi was to play. I am an explosive girl. I am loud. I am full of life and full of all kinds of bullshit, and I had to sit on every emotion, every word, everything, to play this character”. 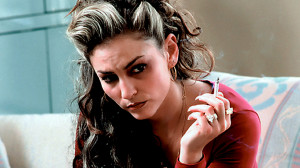 If you look closely in the Pilot episode, you might just spot Drea de Matteo who went on to play Christopher’s girlfriend, Adriana. She was an unnamed hostess, and didn’t initially land a part as David Chase didn’t believe she was Italian enough. 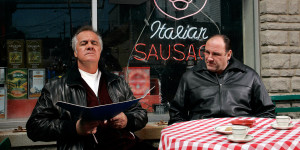 Do you love Paulie Gaulteri? Of course you do! You might be quite happy to learn that the actor that plays him, Tony Sirico, is pretty similar to his character. Before becoming an actor, Tony was a pretty bad criminal and was arrested a whopping 28 times.

David Chase also drew inspiration for Paulie from Sirico’s life, as he is a neat freak and lived with his ma for 16 years before she passed away. 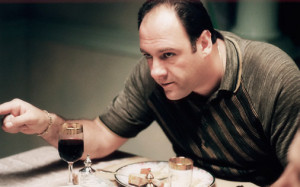 Ever wanted to know exactly how much Tony’s character was worth? David Chase worked with a technical consultant to ensure the show’s accuracy, who estimated that he would most likely be worth between $5-6 million; however, that figure would fluctuate depending on Tony’s gambling habits. 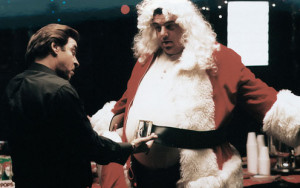 Tony loves nothing more that calling Bobby Baccala fat, because he very rarely gets to say it to anyone else. However, the character that played Bobby, Steven Shirripa, had to wear a fat suit when he first joined the cast. He claims the fat suit was removed from the show by season 4, as David Chase believed he was now big enough not to wear one.

Tony Soprano was the first person to hold out his hand for money, but James Gandolfini couldn’t be more opposite of his character. After season 4, the show’s production was delayed due to pay disputes by the regular cast. As a result, James split his bonus with all the actors, giving them $33,333 each.