You’ve been walking around our Earth a while now and probably think you know all there is to know about our wonderful planet, right? The Earth is sphere, it has one moon and it takes 24 hours for it to rotate on its axis. But what if you were wrong? 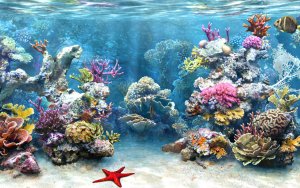 If someone asked you what the largest living structure on Earth is, we’re sure you wouldn’t say it was it was coral reefs. However, the community of living organisms, which are constructed from millions of tiny polyps are the planet’s biggest structure, with some even visible from space.

You wouldn’t be a fool for thinking the Earth is a sphere. It is a bit like a sphere, but the planet’s rotation ultimately forces the equator to bulge, giving is a waistline. So, the next time someone tells you the Earth is round, tell them they’re wrong and that it could be described as an oblate spheroid. 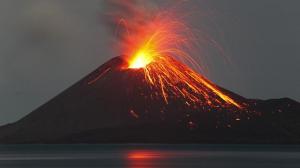 You’re not the only one that recycles. The Earth doesn’t waste one tiny rock. When volcanoes spit rocks out as magma, the rocks eventually dry out, harden and become sucked down by Earth’s plate tectonics or they’ll be pushed to Earth’s core and replaced by a fresh layer of rocks above. Eventually they’ll be spat out again. The circle of life.

Many of us don’t question gravity. It’s what keeps us literally grounded, and that’s all we need to know. You might be a little shocked to learn that it’s not distributed evenly. Hudson Bay is suffering from a gravity shortage in comparison with the rest of the world, as it offers less land mass due to retreating glaciers and a swirling magma in the Earth’s core.

It is believed by many lunar scientists that Earth once had two moons. However, the smaller moon may have crashed into the bigger one. The collision ultimately resulted in the large moon we know and love today.

A day takes 24 hours, right? What would you say then if we told you it didn’t take 24 hours for the Earth to rotate on its axis? It actually takes 23 hours, 56 minutes and 4 seconds. So a day is 4 minutes shorter than you first thought.

We’ve just blown your mind about a day, haven’t we? We thought so. We’re going to blow your mind a little further then by telling you your school teachers were wrong when they told you a year is 365 days. It’s actually 365.2564 days – which is why we need leap years!

Earth is a pretty big place. Despite its large area of solid ground, the planet has a water surface of 70% – which is why astronauts called us the blue planet when they first went into space. Us humans have only explored 5% of the water surface, too.

The Earth is packed full of gold. In fact, one litre of seawater is thought to be filled with 13 billionths of a gram of the stuff. However, before you jump into the nearest ocean, you should know that most of it is diluted, so it would just run through your fingers. However, there is enough undiluted gold on the planet to put approximately £9 in every person’s pocket. 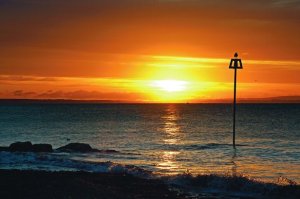 Earth is the brightest planet, according to scientists. That’s because sunlight reflects off the planet’s water surface.

Do you want to know more amazing science facts? Read 10 Out of this World Space Facts.