10 Goodfellas Facts You Should be Reading

Goodfellas (1990) is one of the biggest gangster films in history, and there are so many interesting facts we don’t know about the movie that was inspired by Henry Hill’s life. So we thought we’d share 10 of the best with you. 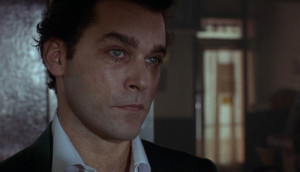 The voice-over of Henry Hill is an integral feature in the movie. In order to tell the story effectively, Ray Liotta got the sound man to sit in front of him in the studio so he could tell it to someone. 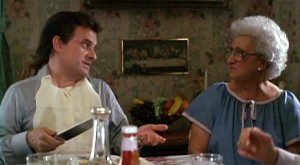 The dinner scene where Tommy (Joe Pesci) talks to his mother was mostly improvised, including the bit where he talks about the butcher’s knife. Surprising, as it is one of the funniest moments in the film. 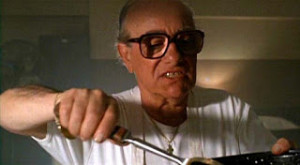 Director Martin Scorses’s parents both starred in Goodfellas. Martin’s mother, Catherine, plays Tommy’s mother; whilst his father played the prisoner who puts too many onions in the tomato sauce. Both appeared on the set every day, and Scorcese asked both of them to press all the gangster shirts as they were the only people who could do it properly. 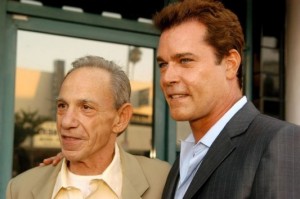 Henry Hill (pictured above with Ray Liotta) was so proud of the movie and Ray Liotta’s depiction of the character that he boasted it was based on him. He told so many people that the FBI were forced to remove him from witness protection. 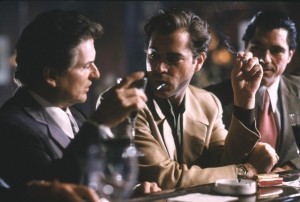 The word “fuck” is used nearly 300 times throughout the film – which is the ninth most in film. Fuck us, that’s a lot of swearing! 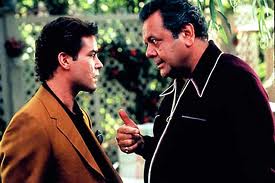 Remember the slap Paulie gives Henry when he leaves prison? Paulie improvised it, so the surprised look on Ray Liotta’s face is real. 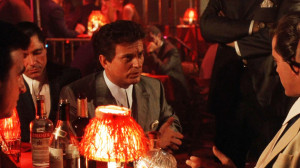 The iconic ‘Funny How?’ scene was written by Mr Joe Pesci himself, as he once seen a similar incident occur between two drunken gangsters one night in Chicago. Scorsese therefore told Pesci to write the scene, which easily became a fan favourite. 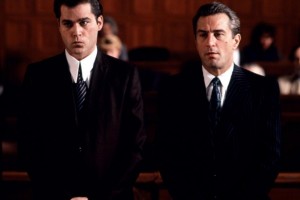 In homage to The Godfather II, Robert DeNiro and Nancy Sinatra placed a fake horse’s head in Ray Liotta’s dressing room as a way of welcoming him to the Mafia film world. 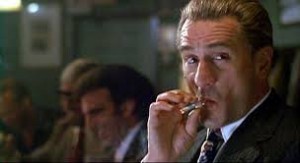 To accurately play the role of Jimmy, Robert DeNiro obsessively asked the real-life Henry Hill how the real Jimmy would act, as he wanted to portray him down to the way he held his cigarette or used a ketchup bottle. 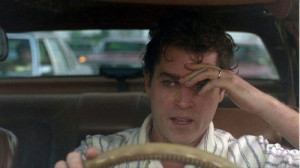 In order to get into the character of Henry Hill, Ray Liotta would listen to FBI wiretap tapes each day as he drove to the set.

Have you got a favourite Goodfellas’s moment? Tell us about it. Looking for more movie top 10 lists? Check out 10 Awesome Movie Facts You Have to Read.