10 Weirdest Collections in the World

Some people count Star Wars or Harry Potter memorabilia; others collect coins or shoes. There are, however, some down-right weird collections out there. And we mean these are strange. We’ve therefore picked the 10 weirdest collections in the world. Some of these are pretty freaky. 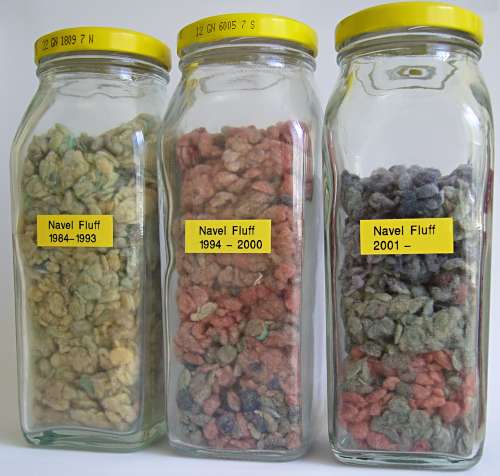 Librarian Graham Barker was so fond of his belly button lint that he started collecting it. If that wasn’t enough, he started colour coding and dating his collection in jars. Graham has collected his lint since 1984 and it has grown so much that he now holds a Guinness Book of World Record for his hobby. In fact, a museum has even purchased three of his jars for an undisclosed amount. 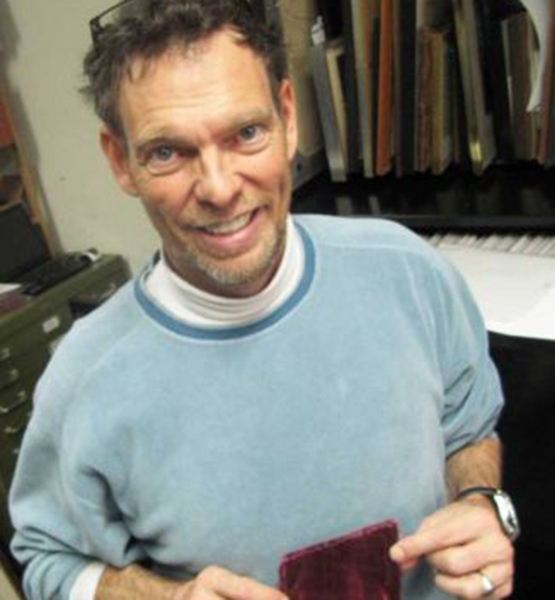 You probably thought it couldn’t get much weirder after belly button lint, didn’t you? Well, how wrong you were, as John Reznikoff has gone all out to surprise you with his disturbing collection of human hair – which has a Guinness World Record. You can see the collection for yourself by visiting Reznikoff’s antique store in Connecticut, USA.

He has locks of hair from the likes of John F. Kennedy, Abraham Lincoln, Albert Einstein and even the King of Rock ‘n’ Roll himself, Elvis Presley. Apparently he isn’t the only human hair collector out there – as the activity is growing in numbers. *shivers*

Oh, and just so you know, he refuses to buy hair from people who are still alive. 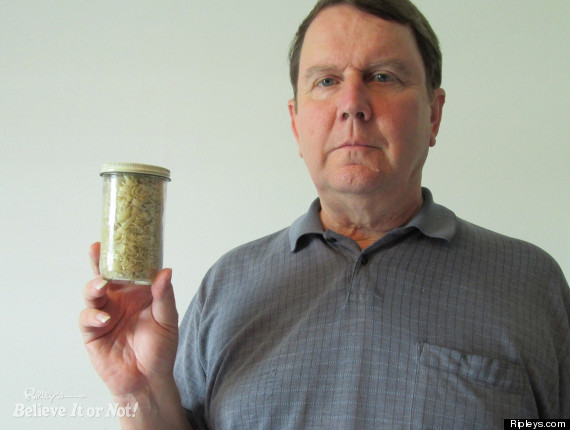 Richard Gibson owns the largest collection of toenail clippings, which he started in 1978. Instead of opting to place his toenail clippings in the bin, he chose to store them away in a little box. Every time he clipped his nails, he added to the collection and later had to transfer the clippings to a larger jar. Naturally.

He has been saving his toenail clippings for nearly 40 years, and has estimated he has several thousand nails in the jar. Unsurprisingly, his wife makes sure the clippings are stored away when people stop by for a visit. 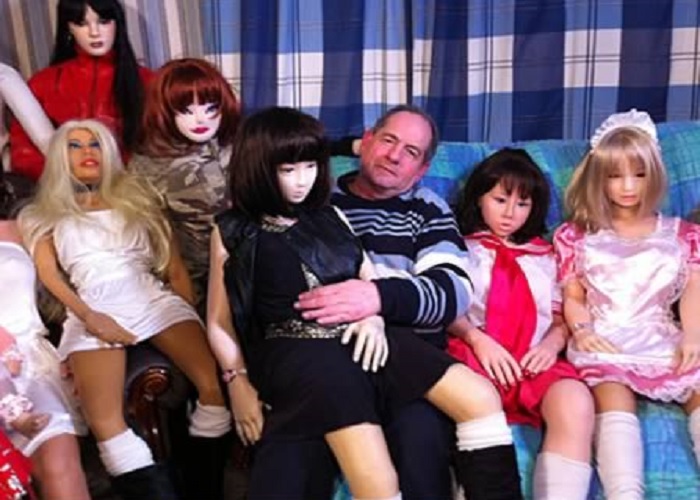 Brits Bob and Leslie Gibbons bought their first love doll in 2005, which cost the couple an incredible $4000. Bob fell in love with the doll and started a rather unique collection. They now own 240 female love dolls, which are as anatomically correct as possible.

So, what does Bob’s wife think about his hobby? Some women might not like the idea of their husband owning a plethora of love dolls, but not Leslie. She thinks it’s pretty cool, and has stated he has never once had sexual relations with any of the love dolls. 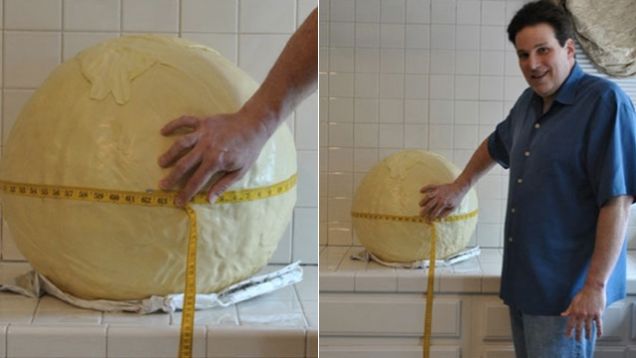 No-one likes nicotine gum. Well, apart from Barry Chappell that is. During an international flight, Barry began chewing Nicorette gum as he couldn’t smoke onboard the place. When the time came for him to dispose of the chewing gum, he had to simply place it in his hand for storage, and twirled it around and around in his fingers. With the nicotine cravings kicking in, Barry continues to chew and add to the nicotine ball in his hand, creating a much bigger ball.

Inspiration hit, and Barry realised he could create the world’s largest nicotine gumball – which would help him to stop smoking. 6 years later, Barry’s gumball now weighs a heavy 175 pounds, and all it took was 95,200 pieces of chewed nicotine gum. 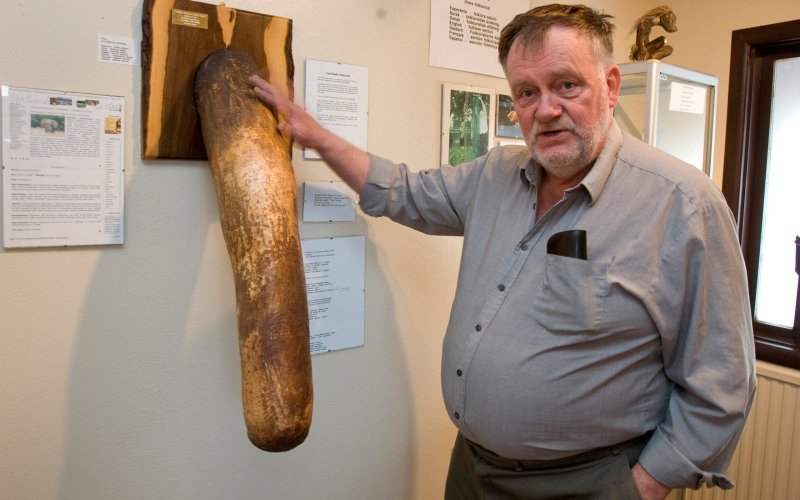 Sigudur Hjartarson from Iceland first opened a rather quirky museum in 1997 to exhibit his collection of penises. That’s right, we said penises! He has 143 penises from 41 mammals, and all he needs now to complete his collection is a human penis. Anyone want to make a donation? We thought not. 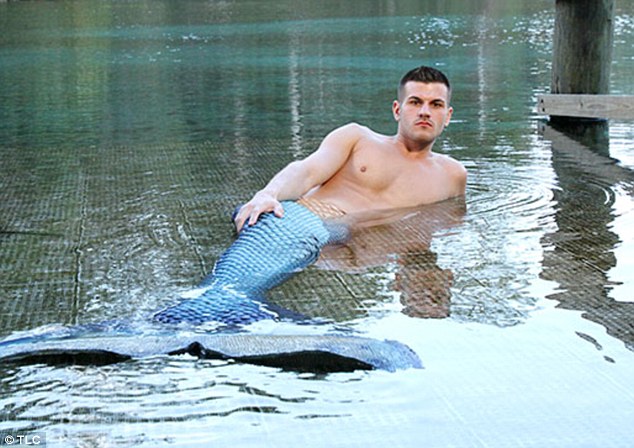 When Eric Ducharme puts on his handmade fins, he is physically and mentally transported into a merman. He has been fascinated with mermaids since the age of 16, and even put on his first show , where he played a mermaid prince in the Little Mermaid in 2006. He now collects mermaid tails and even manufactures them. His business name is Mertailor. Genius! 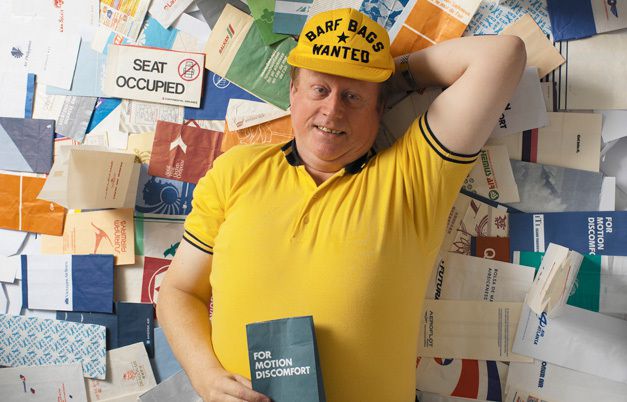 Niek Vermeulen has a pretty great marketing job, but a rather weird fascination with barf bags. After spending many years travelling the world, Niek managed to collect an incredible 6,016 barf bags from different airlines. We didn’t even know there was that many!

It all started as a bet with a friend, but the collection soon turned into a rather unusual obsession. His favourite barf bag is the one that went on the space shuttle Columbia. That is pretty cool, as barf bags go. 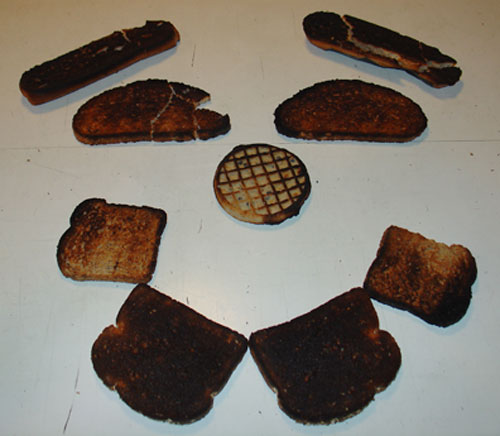 Have you ever burnt a piece of toast and wanted to keep it? Well, you’re making a big mistake, as you could have an impressive burnt food collection in no time at all. Well, if you haven’t got room to store away all that lovely burnt stuff, you can just visit The Museum of Burnt Food, which was founded by Deborah Henson Conant.

She founded the museum in the late 80s after she somehow burnt a pot of Hot Apple Cider. She now has a pretty nifty burnt food collection that contains everything from the “Thrice Baked Potato” and the “Why Sure, You Can Bake Quiche in the Microwave”. 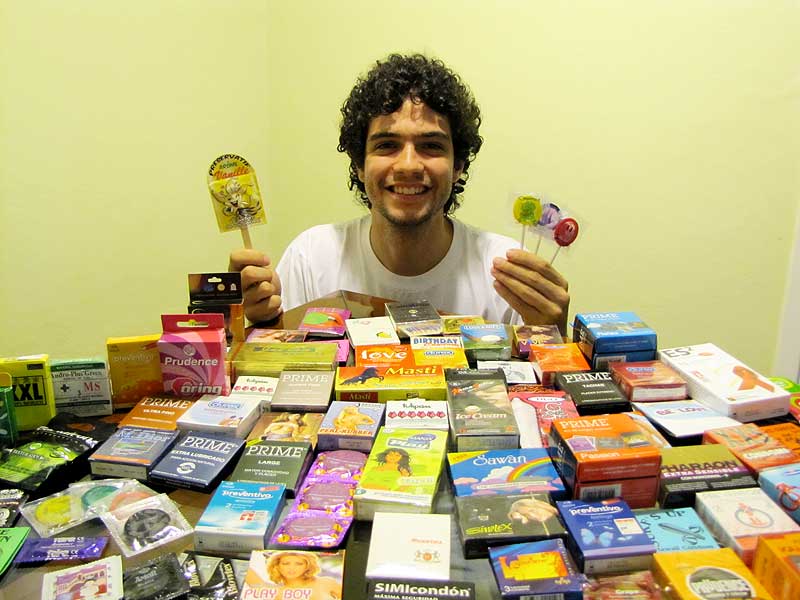 Amatore Bolzoni loves contraception so much he has a rather impressive collection of 2,000 condoms. He began collecting condoms after buying some in a bathroom vending machine. He even has his friends and family involved, as they will often return from their holidays with a fresh supply of condoms for his collection.

The rarest condoms in Bolzoni’s condom collection is a birth control device that dates back to the 1800s and is made from sheep bowel. Nice.