10 Most Famous Sofas on TV

TV couches are the very places that allow the characters to come together and entertain us in the form of comedy or drama. To celebrate this humble piece of furniture that have provided us with so much entertainment, here are the 10 most famous sofas on TV. 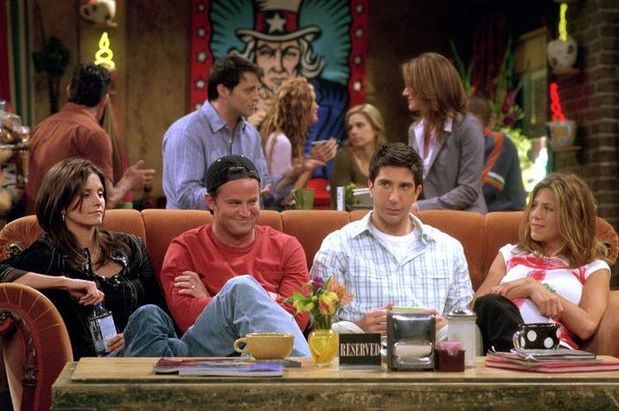 No-one can deny that the Friends couch is one of the most recognisable on TV. For years we tuned in to see what new drama the guys and girls were up to at Central Perk. You can even take a seat on the Friends couch when you go on a Warner Bros. Studio Tour. 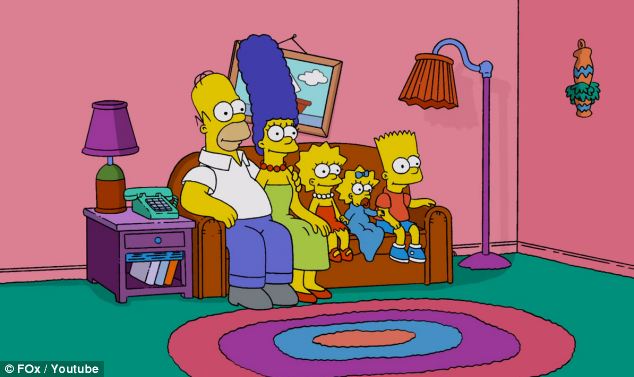 The couch on The Simpsons is now embedded in TV history, as who could possibly forget the opening credits of the animated show, when the whole clan rush to make it to the couch in time to watch TV. 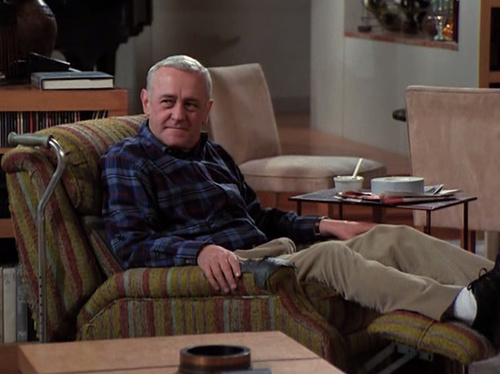 Frasier has to be one of the best sitcoms to ever hit the small screen – and many a laugh was made from one item of furniture particularly: Marty Crane’s chair. The chair might have been a little unsightly but it looked as comfortable as some sofa beds. 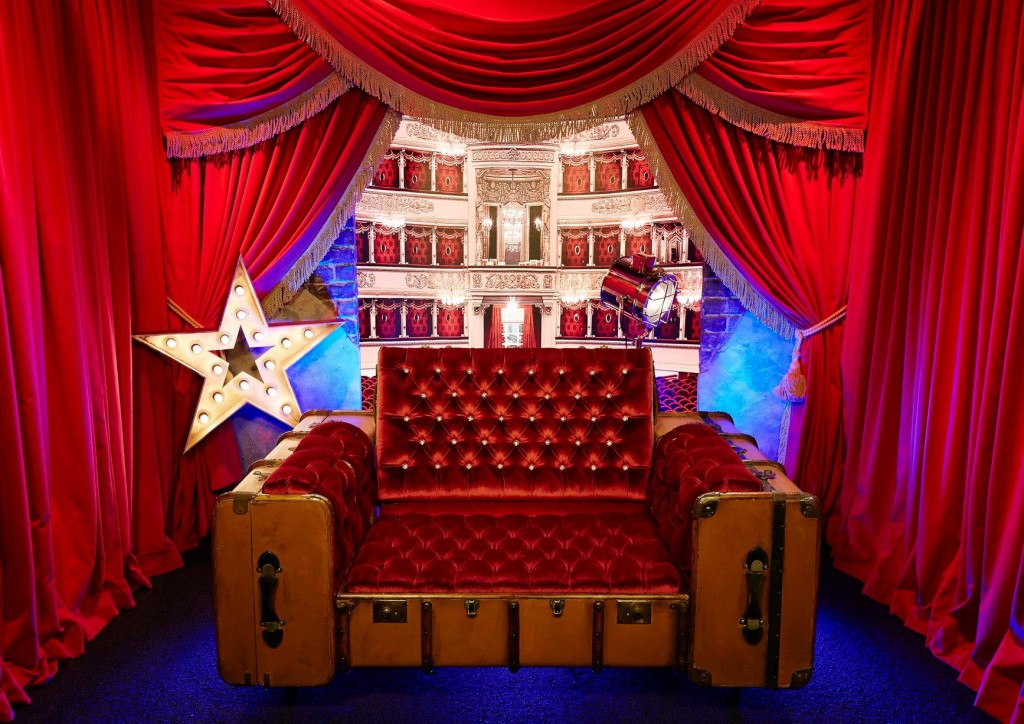 The Big Brother chair isn’t so much recognisable but a must-have addition to the hit show. Every year we tune in not only to see what z-list celebrities are taking part, but to see what crazy chair they are offering that season. It’s a TV institution, and so rightfully deserves to be on this list. 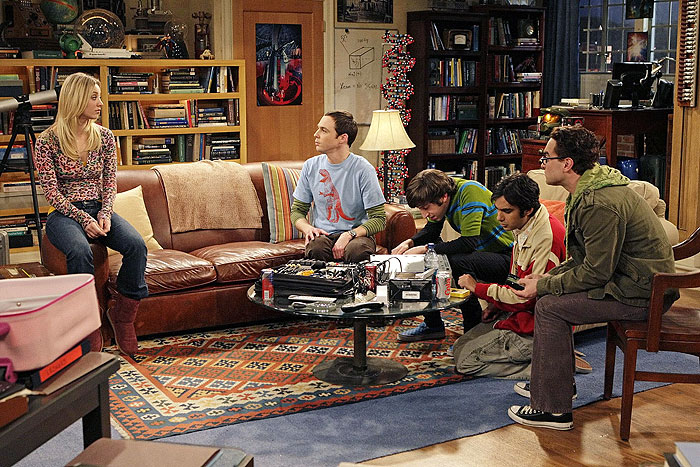 Hell hath no fury like a Sheldon scorned – as he will go to town on anyone who dares sit in his seat. Whether he’s sitting on the couch eating chinese with Leonard and Penny or making Fun with Flags, you will always find Sheldon in his favourite seat. 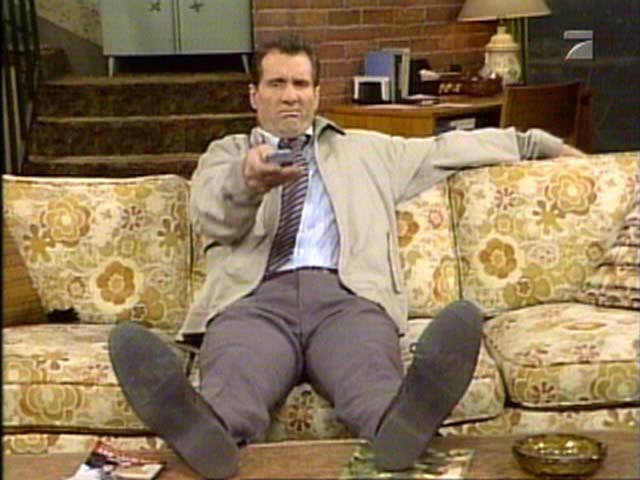 The Married with Children couch was pretty hard to forget, wasn’t it? However, despite its terrible design, you would always find Al Bundy sat on the couch after a long day of selling shoes. Always ignoring Peggy with a beer in his hand. 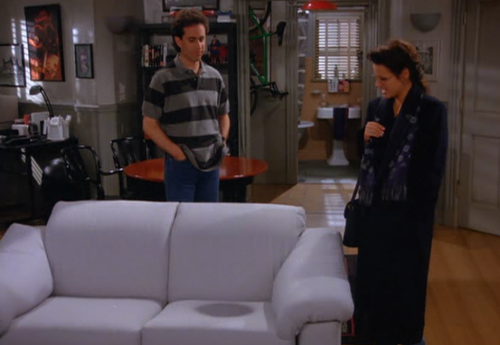 Who can forget the infamous pee scene from Seinfeld – which resulted in Jerry’s couch becoming one of the most famous on film. He was not happy – but it couldn’t have been that bad, considering he never opted to change the sofa. 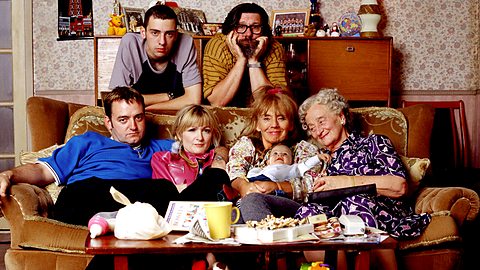 One family who reaped the benefits of the sofa had to be the Royle family, who never seemed to move themselves off the cushions. It soon became a British institution, with people tuning in week after week to just watch a fictional family watch TV and chat. 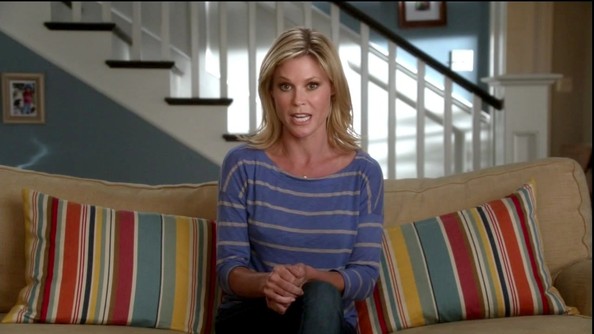 If you ask us, Modern Family offers some of the best accessories on TV. The couch might not be anything special, but the colourful cushions definitely make the whole room stand out. 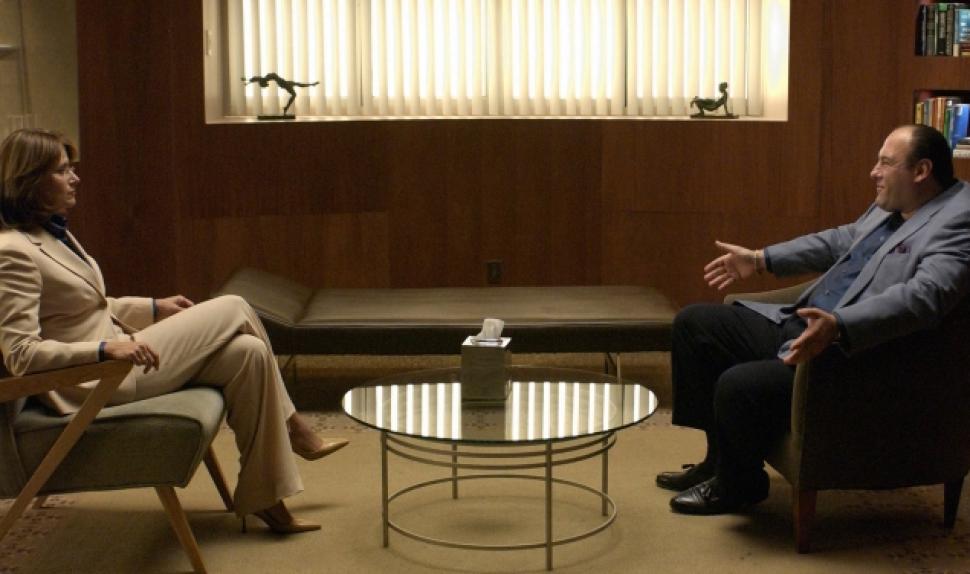 Now, The Sopranos didn’t offer a memorable couch, but it did offer two pretty iconic chairs in Doctor Melfi’s psychiatry room. While Melfi sat in quite a casual chair, reflecting her approach to therapy, Tony Soprano was quite closed off in his bulky chair.