A Walk to Remember (2002) is one of the most popular romantic movies of the noughties, with the love story of Landon and Jamie capturing teenage girl’s hearts all over the globe. As Valentine’s Day is on its way, The List Love is taking a look back at the film with 10 A Walk to Remember facts to make you watch the movie.

Shane West loved his character’s car, a  so much that he bought it for just $5,000 once the movie wrapped. 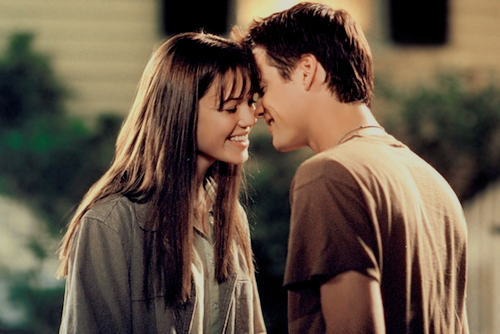 A Walk to Remember was filmed in just 39 days – and they managed to finish the movie despite the fact Mandy Moore was classed as a minor and could therefore only work for 10 hours a day.

The movie was originally planned to be a PG-13 film, and the picture shared in the cafeteria was supposed to display shots of Jamie’s head on a naked model’s body. However, the copy that was shown is one of her wearing clothing, but the copies in the cafeteria are the naked versions. 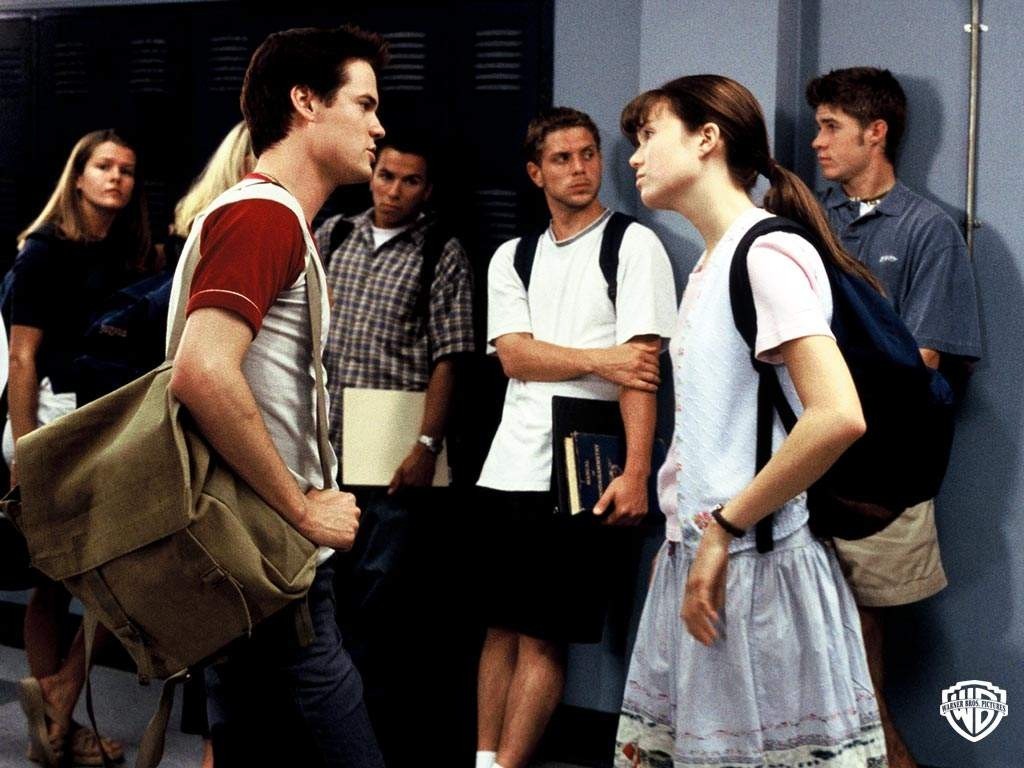 Do some of the sets on A Walk to Remember look a little familiar? That’s because they were the Dawson Creek’s sets, including Landon’s home, the hospital and school. 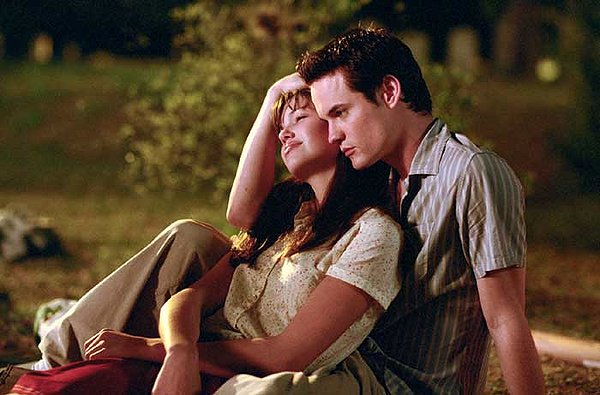 The character of Jamie was inspired by Nicholas Sparks’ sister, Danielle Sparks Lewis, whom he dedicated the book and movie to. 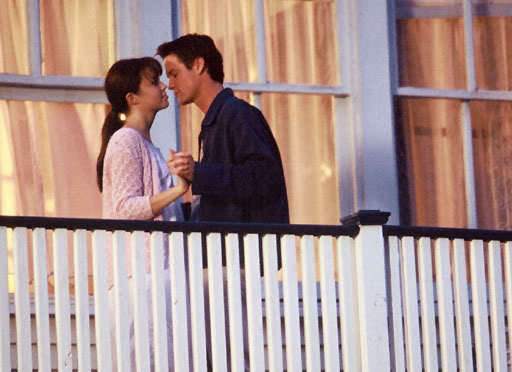 Landon and Jamie dance together on their first date. Pay close attention to this scene, as when the camera backs away to go into the next scene, you will notice the characters are standing still and laughing. Mandy Moore later revealed that they were wondering whether the scene was over so they both could stop dancing. 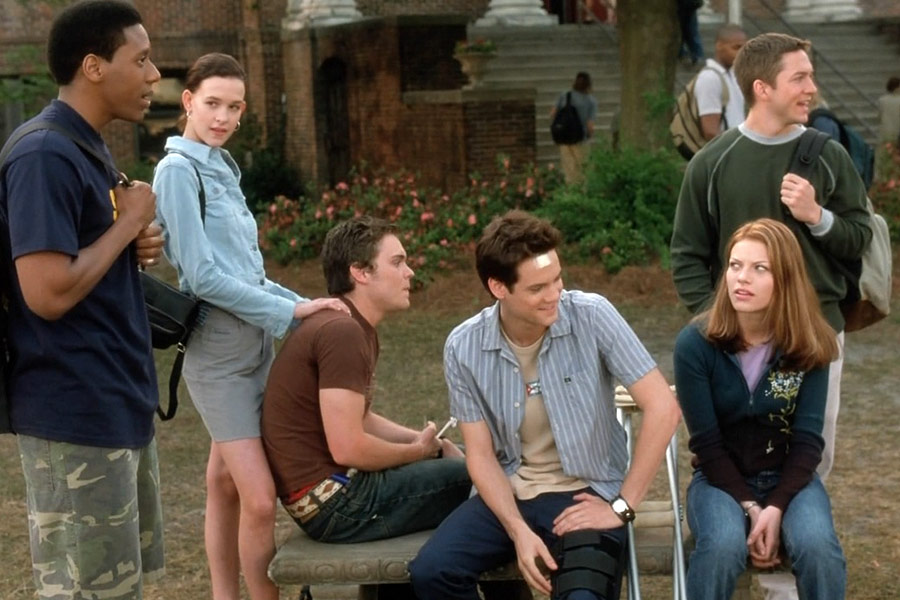 Now we don’t want to shatter your movie dreams, but we’ve noticed a bit of a plot hole. In the scene where Landon tells Jamie “in your dreams”, he puts his arm around his ex-girlfriend, Belinda, despite the fact he has just broken up with her. 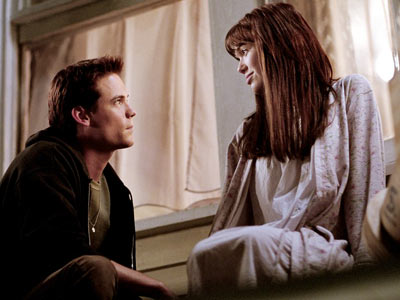 When Jamie hands Landon her Mother’s book in the movie she says “Don’t worry, it’s not a bible”. However, in the novel, the book Jamie hands him is her Mother’s bible, which has her favourite passages underlined. 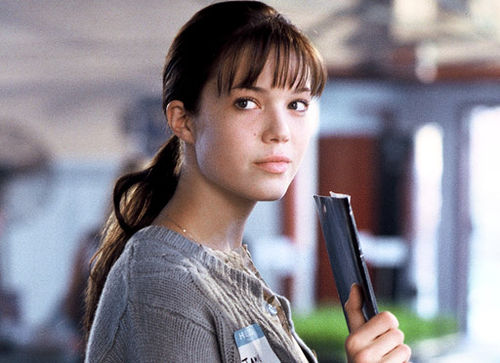 The photographs of a younger Jamie on the mantle on the Sullivan’s fireplace are real childhood photos of Mandy Moore. 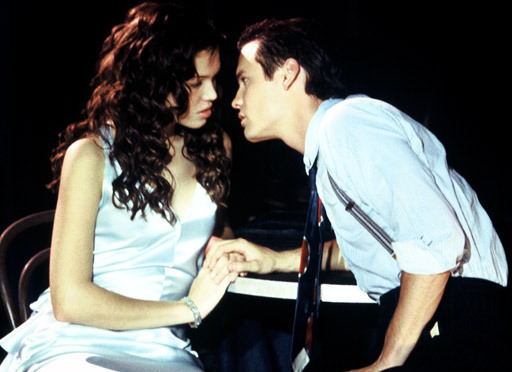 There are quite a few mistakes to look out for in the movie, but one of the biggest has to be the scene where Sally walks out on Landon, as you can see Mandy Moore smiling at Shane West as if they’re not on camera any more.

Read more amazing facts about your favourite romantic movies, and visit 10 Little-Known Facts About The Notebook. Join us on Facebook and Twitter for more interesting top 10 lists.